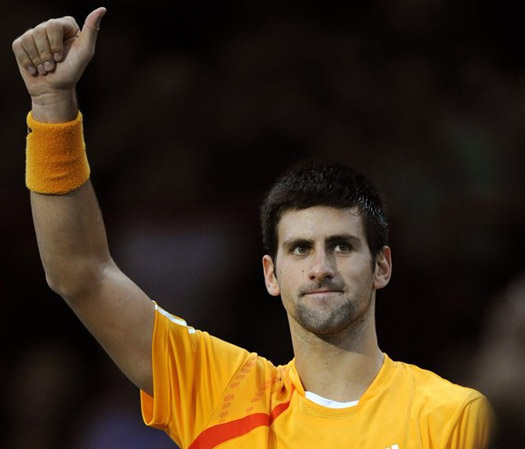 Soderling opened match with a solid service hold to 15. Djokovic started slowly and handed the Swede three break points in the second game, but saved them with great serves. No.9 seed missed his fourth chance with a forehand into the net and Novak held with a service winner. The 22-year-old made a break in the third game and then increased his lead to 3-1. Soderling broke back in the eighth game to equalise the result, but Nole broke him once again and won the set 6-4.

Djokovic lost his rhythm in the second set. Soderling was dominating. The Swede made two breaks and took it 6-1 in just 27 minutes.

World no.3 made a crucial break in the eighth game of the third set and then served it out for final score 6-3.

“It was a real struggle”, said Djokovic after the match. “In the second set I wasn’t moving very well; I was fighting myself, letting him play and control the match. I managed to focus when I needed to and hold the nerves and I’m happy to be in the semi-finals.”

The last game of the match:

Novak will play against world no.2 Rafael Nadal in the semi-finals. The Spaniard beat no.8 seed defending champion Frenchman Jo-Wilfried Tsonga in straight sets 7-5, 7-5.

The semi-final match is scheduled on Saturday at 14.00 CET.