Djokovic Express into third round of Indian Wells 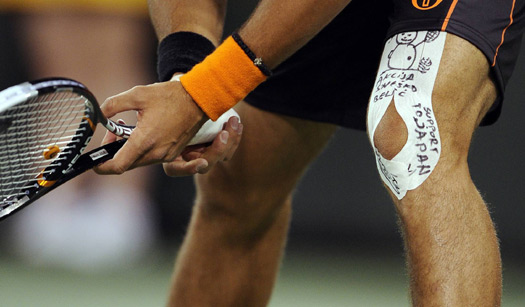 Novak served first, and started strongly against Golubev with a love hold. The 23-year-old Belgrade native broke his opponent’s serve three times and wrapped up the first set with ease in just 21 minutes. Djokovic won 80% of the points, and dropped just two points on his own serve.

Golubev made a break in the opening game of the second set and held for 2-0 lead. The 2008 champion broke back in the sixth game with aggressive play at the net to level the result to 3-3. Novak broke once again at the end of the second set to secure his place in the third round.

“It was great start of the tournament,” said Novak. “With those first matches you don’t know what to expect. I really tested myself today, because I had Golubev, who is coming up from a big Davis Cup wins, and he’s a very good player. He showed that in the second set. He started hitting the ball from the baseline really hard. But I was in the control most of the match. I am really happy with the way I was playing. I want to keep on moving.”

Novak commented on the surface in Indian Wells.

„The ball bounces very high. The ball get a little too big, fluffy, and it’s quite slow, especially during the night. But I like it. The speed of the surface can compare to the one in Australia, for example, so it’s quite suitable to my game.“

Nole and Viktor play their doubles second round match on Monday. They will challenge no.7 seeds Lukasz Kubot (POL) and Oliver Marach (AUT).