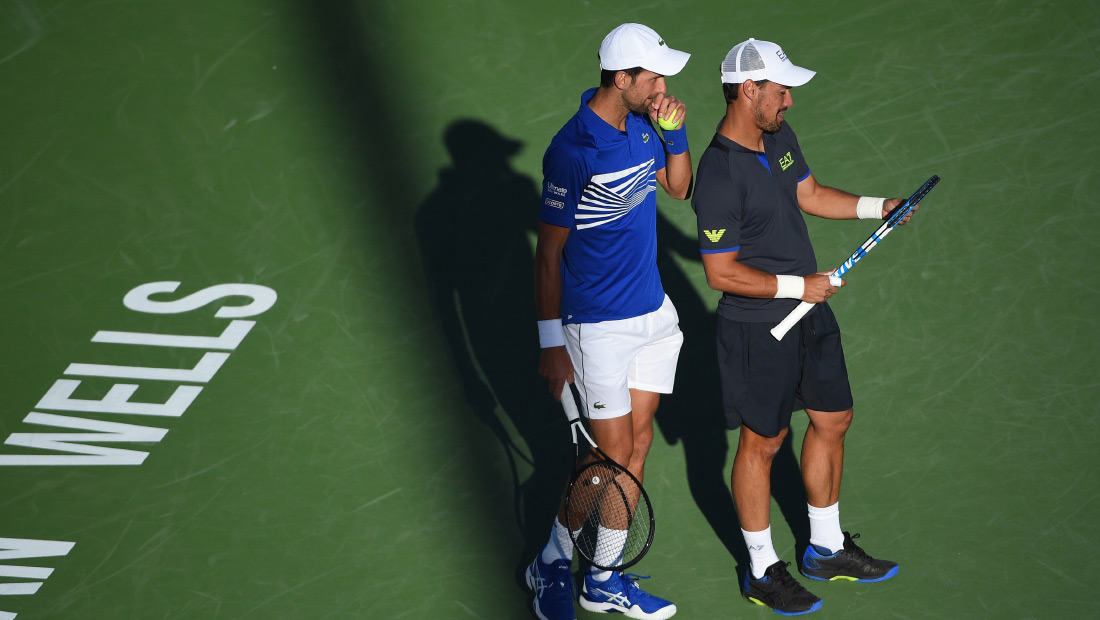 Novak and his partner Fabio Fognini missed on a great opportunity to beat doubles specialists Lukasz Kubot (POL) and Marcelo Melo (BRA) and reach finals at the BNP Paribas Open.

After losing the first set 6-7 (5) to no.6 seeds, Nole and Fabio fought back to win the second set 6-2, breaking their rivals in the first and fifth games.

However, they were second best in the match tie-break, going down 10-6.

Currently no.221, Novak will climb around 95 spots in the doubles ranking when the new list is released, coming close to his career high (#115 in 2009).