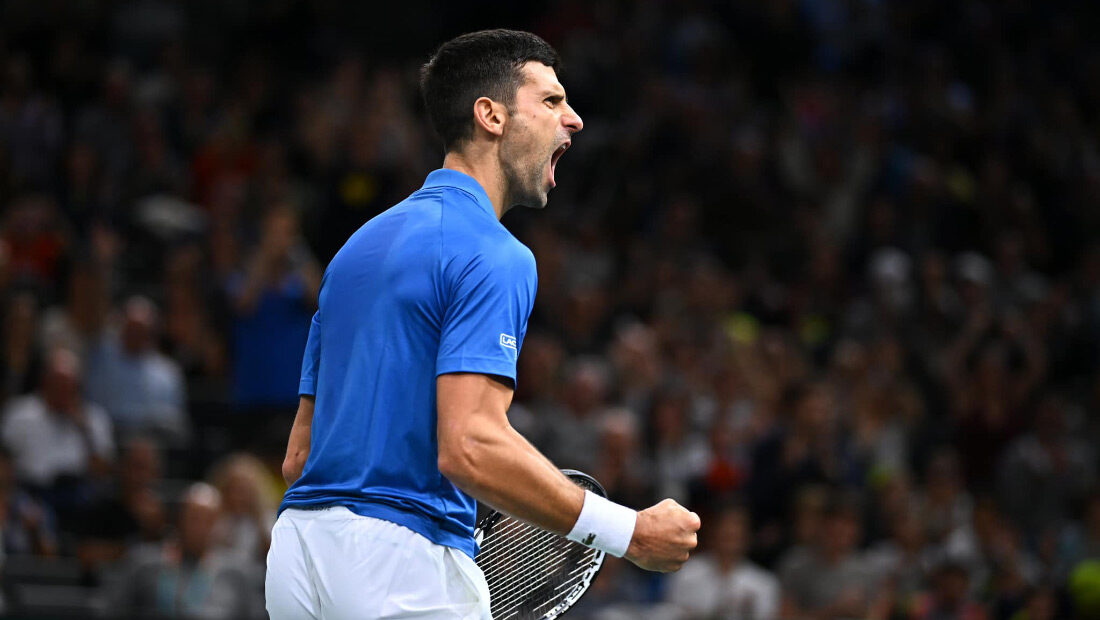 Novak recorded another dominant victory to advance to his 74th ATP Masters 1000 semi-final!

The 35-year-old Serbian star moved within two wins from capturing his seventh title at the Paris Masters.

Novak stormed through the opening set, breaking his rival three times for 6-0 in just 24 minutes.

The Italian broke first in the second set, but Djokovic regained control with a quick break for 2-2, and followed with one more in the sixth game to seal a 74-minute win.

Novak will face Stefanos Tsitsipas (def. Tommy Paul) in Saturday’s battle for a spot in the championship match.