Djokovic through to third round in Paris 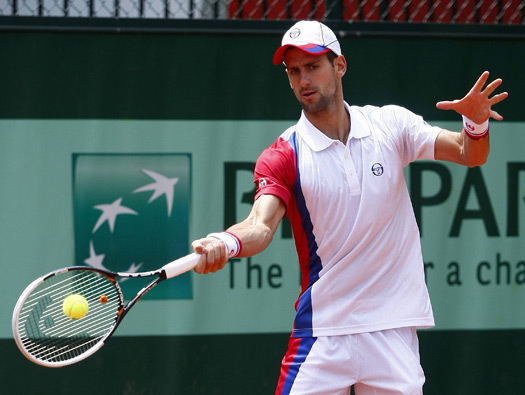 Second-seeded Novak Djokovic moved into the third round of the French Open after 1 hour and 29 minutes of play at Court Philippe Chatrier on Wednesday afternoon.

Novak was cruising through his service games in the opening set. He put the pressure on Hanescu in the tenth game and earned two break/set points. The Romanian levelled to deuce, but Nole got himself third opportunity and converted it for 6-4 in 37 minutes.

From that moment everything was much easier for the only unbeaten man this year. Hanescu’s serve let him down, and the two-time Grand Slam champion barely missed a shot, serving big, hitting the corners with both his forehands and backhands. Djokovic stormed through the second set with a double break and took it convincingly 6-1 in just 25 minutes.

“It’s bad luck for him,” said Novak after the match. “But it’s important to spend less time on court in the early rounds.”

“It will be a big challenge for both of us,” the 24-year-old Belgrade native said ahead of the upcoming encounter. “He has amazing groundstrokes and a big serve.”

It will be the fourth match between Djokovic and Del Potro, Nole leads 3-0.