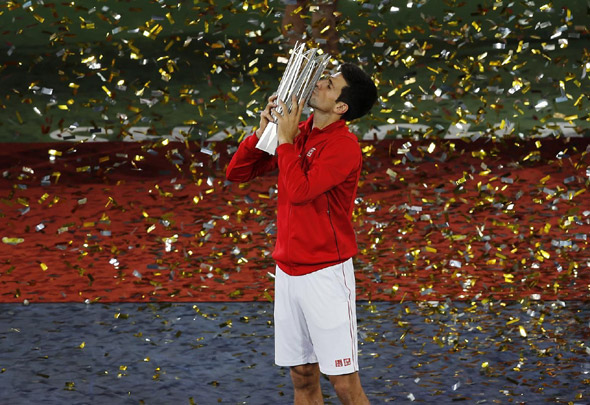 ATPWorldTour.com reviews the Top 5 ATP matches of the year.

Nole and Rafa met for the 3rd time this season in the semi-finals of the Coupe Rogers. The clash came three months after the Roland Garros semis, which Nadal edged 9-7 in the fifth set, denying Djokovic the chance to achieve his season’s goal of winning the French Open.

Nadal made the better start to the match, benefitting from Novak’s double faults to seal the opener. Djokovic found his rhythm in the second set, and a break in the ninth game helped him level the match. The pair couldn’t be separated in the decider. It was the Spaniard who dominated the tie-break, racing to a 6-0 lead before clinching victory on third match point.

“It was very close match. There were very few points that decided the winner. I guess at the end he played better… Whenever we play against each other, it’s always a thrilling match for the crowd to see.”

The Argentine came into the clash having upset new-world no.1 Rafael Nadal in straight sets in the semi-finals and was looking to win his first Masters 1000 crown. Fans at the Qi Zhong Tennis Center were kept on the edge of their seats in the final set and it was the Serb who prevailed in two hours and 33 minutes to retain his Shanghai title.

“He’s a fantastic player and a great person,” said Djokovic. “He showed that again. He has a really likable personality and he’s a big fighter. All the way up to the last point, I didn’t know if I was going to win the match.”

Dimitrov claimed the biggest win of his career when he upset then-world no.1 Novak Djokovic at the Mutua Madrid Open. He produced an exhilarating and dramatic performance to beat the Serb in three tight sets.