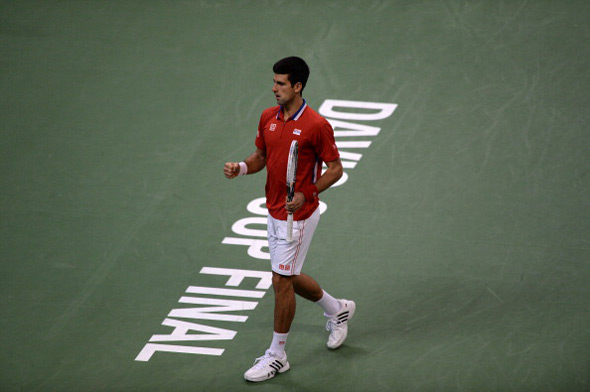 World no.2 Novak Djokovic brought the second point to Serbia with a 6-4, 7-6 (5), 6-2 win over Tomas Berdych to level the score against the Czech Republic in their final Davis Cup by BNP Paribas tie in Belgrade Kombank Arena.

After not being able to convert break point chances in the fourth and eighth games, Novak finally made it in the 10th, breaking Berdych’s resistance to take the opening set 6-4.

The second set was another tight affair. Nole won a tie-breaker 7-5 to move Serbia into a two-sets-to-love lead.

The 26-year-old Belgrade native raced through the third set with a double break. He closed it out with an ace drawing a standing ovation from the home crowd.

World no.117 Dusan Lajovic will take on Radek Stepanek in a deciding fifth rubber.