Fantastic Novak storms into third round of Rome! 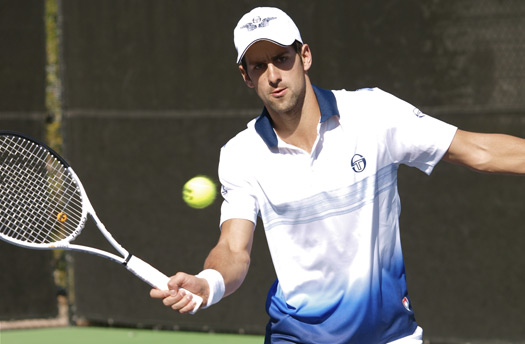 Novak Djokovic, no.2 seed in Rome, advanced to the third round of Internazionali BNL d’Italia on Tuesday afternoon, with a convincing 6-1, 6-1 victory over world no.46 Jeremy Chardy.

The match lasted only 59 minutes, Novak now leads 4-0 in head-to-heads with the Frenchman.

Novak made two breaks in the first set, in the second and sixth game and won it 6-1 in just 26 minutes. The best Serbian tennis player hit 10 winners in that period, six more than Chardy, and made 9 unforced errors, three less than the Frenchman.

Chardy couldn’t find a solution for Djokovic’s game till the end of the match. Novak was leading 4-0 with double break in the second set. The final result was the same, 6-1.

“The sooner you finish the happier you are,” said Djokovic, who reached the semi-finals at the Monte-Carlo Rolex Masters two weeks ago. “I’ve played in this tournament many times so you don’t need many hours to get used to the court.”

”Always in your first match [at] a tournament you don’t know what to expect, especially [when you] play against a player with such a hard serve. It can be difficult but I was very focused right from the first moment.”

”I think [my return] was one of the keys today. I knew he was going to serve well, so I needed to return well to be in control of the match.”

ATP world no.2 will play his third round match on Thursday. His rival will be either no.14 seed American John Isner or Brazilian Thomaz Bellucci.

The new impressive centre court was officially inaugurated on Tuesday before play got under way. 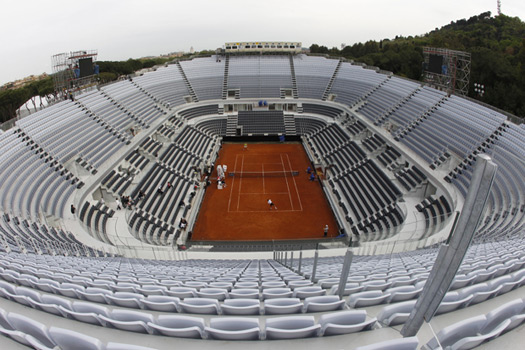