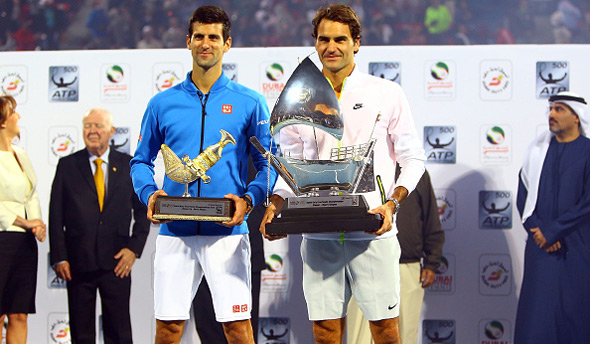 Novak failed to convert any of his seven break point chances, while Federer capitalised on both of his opportunities during the one hour, 24-minute clash.

“I tried my best. Today Roger’s game was exceptional,” said Novak. “I could have been a little more aggressive. But we played some terrific tennis. I’m happy with the result here.”

Novak was attempting to win his 50th career title and second in 2015. It was his first ATP tournament since the Australian Open, where he captured his eighth Grand Slam trophy. The Belgrade native now has a 49-23 mark in his overall career finals.

Djokovic will join team of Serbia for the Davis Cup by BNP Paribas World Group first round tie against Croatia, to be played on 6-8 March in Kraljevo.