Federer wins Australian Open, Novak is the new world no.2! 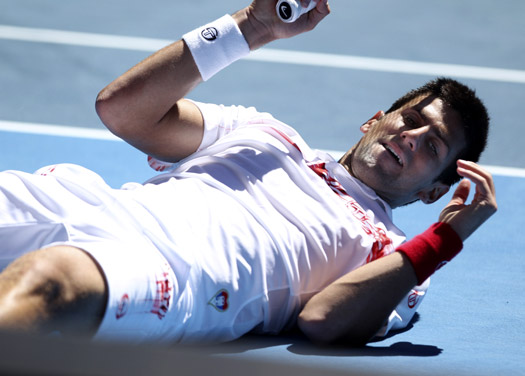 Djokovic has reached new career high thanks to this year’s Australian Open champion Roger Federer who defeated Britain’s Andy Murray 3-0 in the finals of the first Grand Slam tournament of the season, and thus established himself in position no.1 in the new Ranking List with 11350 points.

Novak has 8310 points in the ATP Ranking List that has been released today, which is 510 points more than third-ranked Murray.

“I am happy to go one more step in my career and get even closer to one of my life time goals which is to become #1. This career high ranking is important for the moment since I had been close before. It was unfortunate for me this Australian Open, a tournament that really got me to one of my peaks so far, but that’s how the competition is. I am now back at home and soon resuming practice so I can compete”, said Novak for his official website.

If Murray had triumphed in Australia, he would have become the second player in the world, but it would not have lasted long. Novak would have taken his position no.2 on February 15, because the Briton will not defend his title and 500 points in Rotterdam.

Spaniard Rafael Nadal failed to defend his title in Melbourne, so he fell to no.4 with 7670 points. It’s the first time that Nadal dropped out of the world’s top three since June 2005.