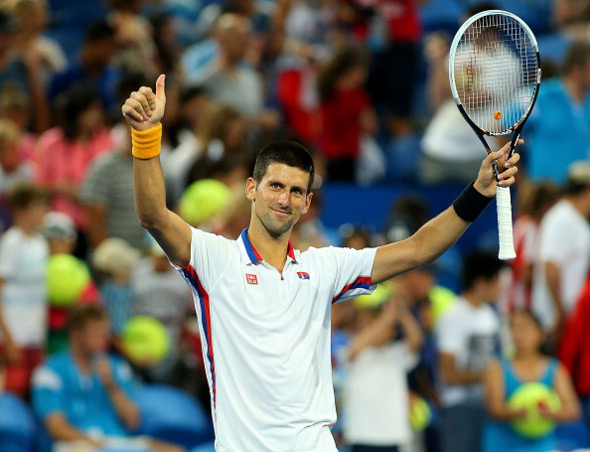 World no.1 has made a successful start at the 25th Hyundai Hopman Cup on Monday winning the opening men’s singles match for Serbia’s first victory in group A.

Match was played indoors because of heat (40 degrees C). Nole made a break in the second game and consolidated the break for 3-0 lead. He took the opening set 6-3.

A break in the fifth game of the second set was enough for Novak to win the encounter.

“I arrived late last night and didn’t get a lot of hours of sleep but I felt this morning like I’m dream walking. As the match went on I was managing to get my rhythm and I broke the ice I think after the first set and it felt a little bit better although it took me twice as much effort and of course I had a tough opponent”, Novak told.

The reigning Australian Open champion Djokovic, and former world no.1 and 2008 French Open winner Ivanovic, are teaming together for the third time in Perth having played in 2006 and 2011.