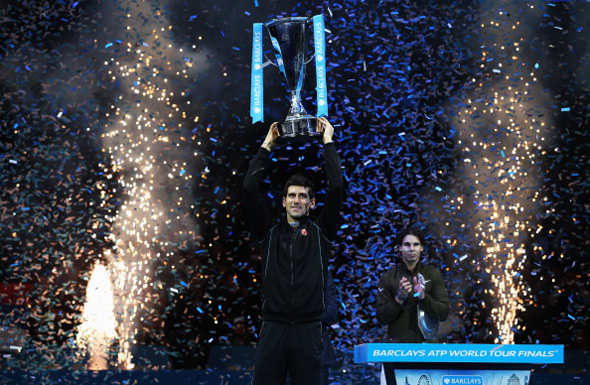 World no.2 and defending champion retained his title with an impressive 6-3, 6-4 win over top-seeded Rafael Nadal at the Barclays ATP World Tour Finals on Monday.

The 26-year-old Serb extended his winning streak to 22 matches with victory in one hour and 36 minutes at The O2 Arena in London.

Djokovic dominated throughout the match and wrapped up his third victory at the season finale, adding it to his 2008 and 2012 title runs.

Novak quickly raced to a 3-0 lead, but the Spaniard hit back with three consecutive games to level the result. However, the six-time Grand Slam titlist continued his dominance, breaking once again to take the opening set 6-3 in 44 minutes.

The second set was a more straightforward affair. Nole broke in the third game and sealed a comprehensive win on his third match point.

Nole will head to Belgrade where he will lead the 2010 champion Serbia in its second-ever Davis Cup Final, against the Czech Republic (November 15-17).