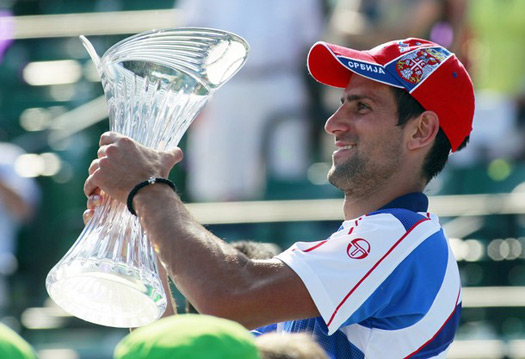 The world no.2 continued his dominance this year with his second win over top-seeded Spaniard Rafael Nadal in ATP finals.

It is Djokovic’s 22nd career title and second at the Sony Ericsson Open.

The unbelievable final match at Key Biscayne was 25th encounter of the top two players in the world. Nadal leads their head-to-head 16-9, but Nole now has a 9-5 record against the Spaniard on hard courts. 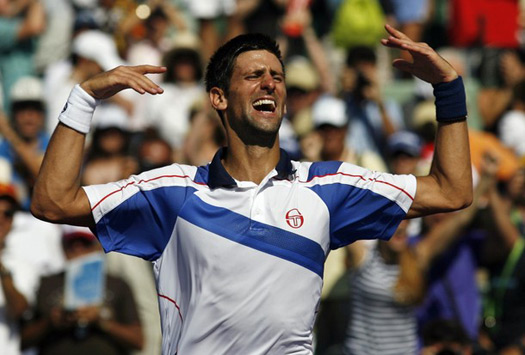 Djokovic held to love in the opening game of the match with four big forehands. He was broken for the first time at the event in the third game, and then again in the fifth. The 23-year-old Serb had several opportunities to break Nadal’s serve in the fourth and sixth games, but the Spaniard held to consolidate the breaks for 5-2 lead. Nole managed to break back once, but Rafa closed the set 6-4 in 56 minutes.

Novak raised the level of his game at the beginning of the second set. We saw the best point of the set at 15-0 as Djokovic sealed a stuning rally with an amazing reply to a drop shot at the tightest of angles. The Belgrade native made a break in the second game and held to increase his lead to 3-0. He served out the set comfortably 6-3.

There were no breaks in the dramatic decisive third set so it went into a tie-breaker. Nole was calm and focused; he produced the big shots when it mattered most and won it 7-4.

“It is just incredible to win against the number one player in the world in a third set tie break,” a delighted Novak said at the trophy ceremony.

“It was very close and it really could have gone either way. It was one of the best finals I ever played in in my life and it’s always a great pleasure and honour playing against Rafa who is a good friend and a great champion.”

“What Novak is doing at the start of this season is something difficult to repeat, so well done to him and his team. Today I had some good chances but Novak was too good for me this afternoon,” said Rafa after the match.

Djokovic took advantage of 2 of his 9 break point opportunities, Nadal converted 2 of his 4 chances.

Nole has won every tournament he’s entered in 2011: the Australian Open, Dubai, Indian Wells and Miami. He is currently on a 24-0 winning streak for the season, and increased his overall winning streak to 26 wins in a row, dating back to last December’s Davis Cup final when Serbia lifted the trophy for the first time in it’s history.

Djokovic has become the fourth player since 1990 to win the three biggest titles in the first three months:

The best Serbian tennis player of all time is only one match short of equaling Ivan Lendl’s 25-0 start in 1986. 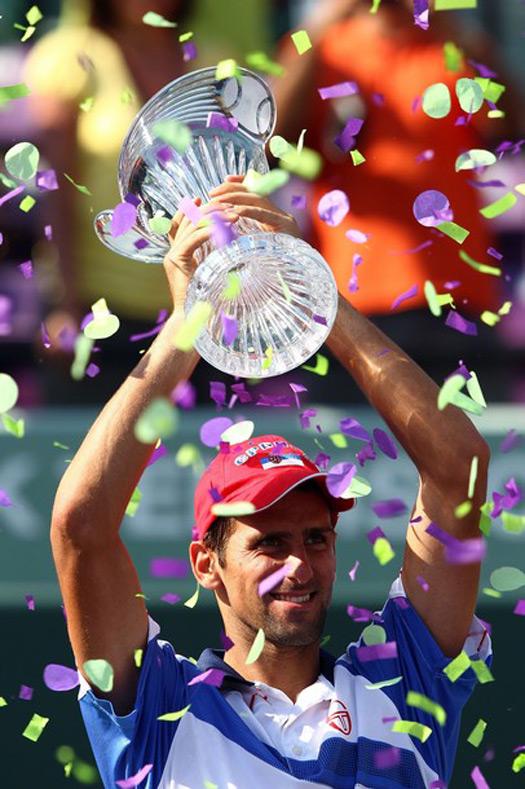