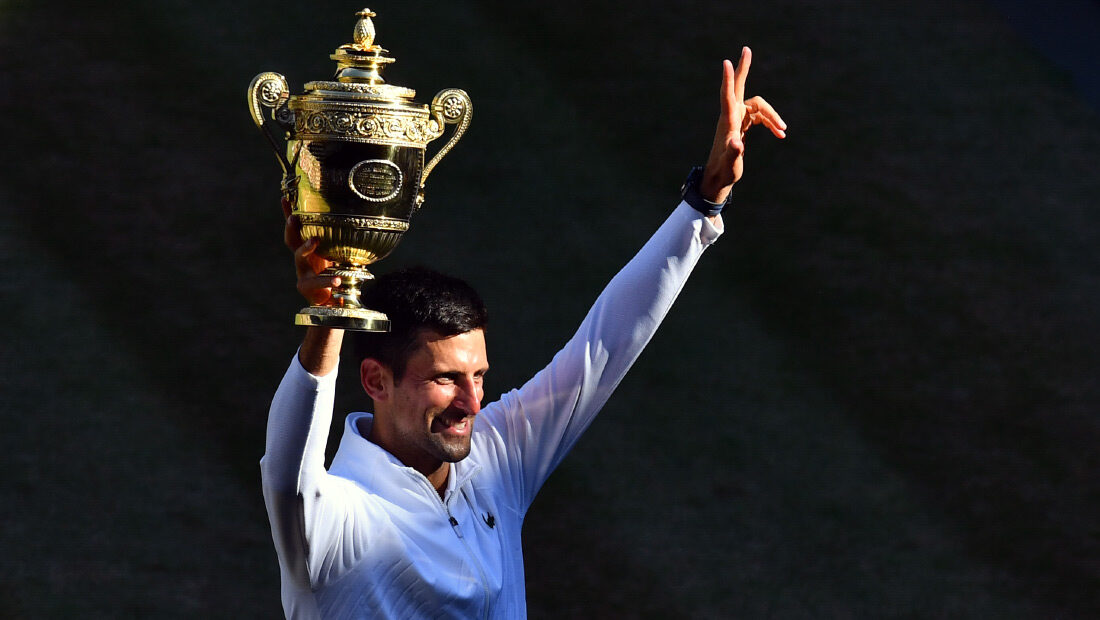 Top seed Novak Djokovic captured his seventh Wimbledon title after a masterclass performance, coming back from a set down to beat Nick Kyrgios 4-6, 6-3, 6-4, 7-6 in Sunday’s championship match at the grass-court major.

The Australian made a break in the fifth game to take the opening set.

Djokovic broke his rival once in the second and third sets to gain advantage.

The fourth set was decided in a tie-break. The 35-year old Serbian star dominated to grab it 7-3 and closed out the victory in convincing fashion.

“I lost words for what this tournament, this trophy means to me, my team, my family,” said Djokovic at the trophy presentation. “I’ve said this many times. It always has been and always will be the most special tournament in my heart, the one that motivated me, inspired me to start playing tennis in a small mountain resort in Serbia where my parents used to run a restaurant. I was four or five years old and I saw Pete Sampras win his first Wimbledon in 1992. I asked my Dad and Mum to buy me a racquet, and my first image of tennis was grass and Wimbledon. I always dreamed of coming here, just playing in this court, and then realising the childhood dream of winning this trophy. Every single time it gets more meaningful and more special, so I’m very blessed and very thankful to be standing here with the trophy.”

Novak is now just one behind Federer’s record of eight Wimbledon crowns, and one Grand Slam title behind Rafael Nadal’s record of 22 major trophies.