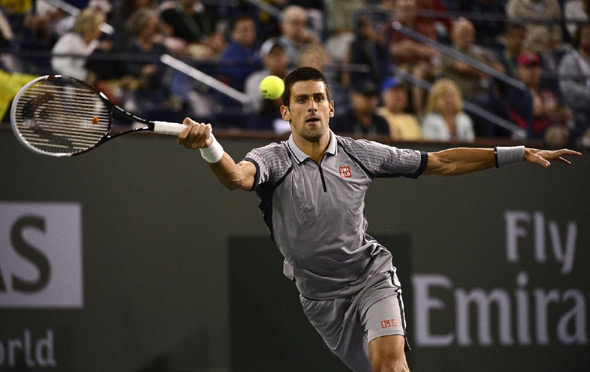 The 26-year-old Belgrade native has won 16 ATP World Tour Masters 1000 trophies and is bidding to win his first title of the season.

This will be Novak’s ninth appearance at the Indian Wells Tennis Garden (30-6 record). He comes into the event with a 6-2 match record in 2014.

Novak and Filip Krajinovic got WC into the doubles draw. They lost their first round match to Canadian/Latvian duo of Milos Raonic and Ernests Gulbis 6-7 (3), 1-6.