Inside Tennis: Pete Sampras on Novak 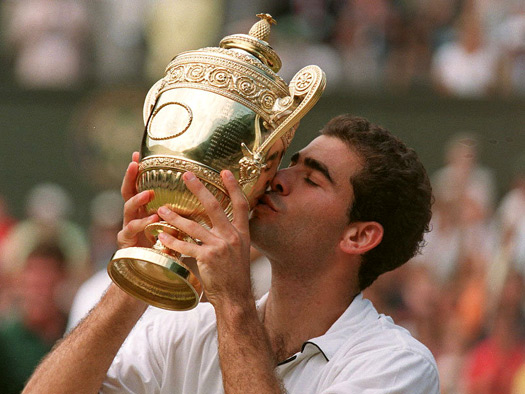 Question: You mention Novak – talk about his performance in Melbourne. What makes him special?

Pete Sampras: Great mover. He can go from defense to offense better than anyone in the game.

Pete Sampras: I think he does more. He hits the ball a little flatter. He hits those flat backhands and he just sort of slides and is able to get that ball deep. It’s hard to compete with Nadal when it comes to defense, but Djokovic is right there with him. He seemed very inspired down there. He had a lot of support from his homeland. And Novak is an emotional player. When he’s feeling great and is in a good mood and the crowd is pulling for him, he’s a very tough player to beat. I always felt that he’s a little bit temperamental at times, but when he has it all together, he’s right there with Roger and Nadal.

Question: You were No. 1 for a record six straight years. Is he capable of getting to the top spot?

Pete Sampras: I don’t know where the points stand, but sure. He started off winning the Australian and he’s going to be a threat for the rest of the year. He believes in himself a little bit more. He’s beaten Roger twice in majors. He could very well do it. He’s still got a lot of work ahead of him. Nadal’s got a tough year to defend. I wouldn’t count out Roger at all. It will be interesting to see. Novak has now arrived, and the way he played and beat Roger in straight sets, and Murray in straight sets, is pretty impressive.