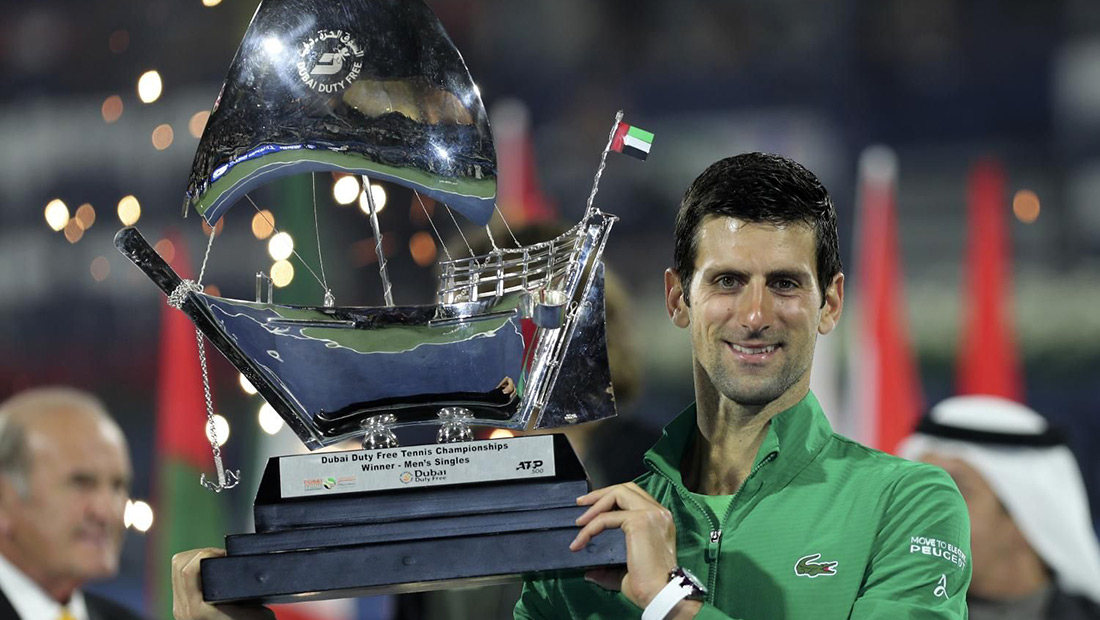 Brilliant Novak is back to throne in Dubai!

Novak recorded a commanding victory in one hour and 18 minutes, extending his winning streak to 21 matches. He has an 18-0 W/L record this season and now owns a 3-2 lead in rivalry with the 21-year-old Greek star.

The first set went with serve until the eighth game, when Novak made a break and held to wrap up a one-set lead.

The two had traded break once in the second set, before Djokovic converted another chance in the ninth game and then served it out to love to seal the win.

Novak had 100% break point conversion rate (3/3), and he saved one of two break points he faced.

“I’m trying to embrace the moment and appreciate where I am,” said Novak. “I think this has been one of the best starts of all the seasons I had in my career. I feel great on the court. I’ve been playing great tennis on the hard courts. That is my most successful and preferred surface. I’m just grateful that I’m playing well, feeling well. I’ve won many matches now in a row. I’ll try to keep that run going.”

It is the 79th title of Djokovic’s illustrious career, and second trophy in 2020.

Next tournament for Novak will be the BNP Paribas Open. The first ATP Masters 1000 event of the season is taking place in Indian Wells from March 12-22.