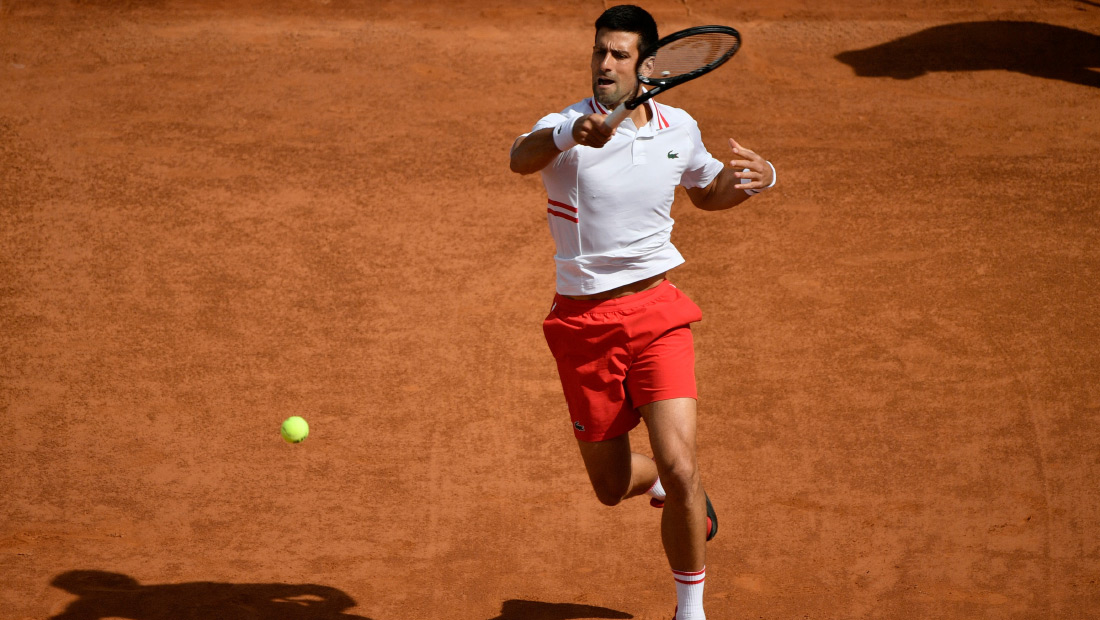 Top seed and defending champion Novak Djokovic advanced to the the quarter-finals of the Internazionali BNL d’Italia, following a convincing 6-2, 6-1 victory over Alejandro Davidovich Fokina on Thursday.

The Serbian star improved to 14-2 this season and 57-9 at the ATP Masters 1000 event in Rome, after a dominant 70-minute performance on Campo Centrale.

The 48th ranked Spaniard opened the match with a break, but Novak responded immediately, moving ruthlessly through gears to break three times in the first set and twice in the second.

“I played well. He started well and broke my serve in the first game. I made some errors, but I managed to break back right away and establish the control and consistency on the court. From the back of the court I was just a bit more solid than him,” Djokovic said in his post-match interview. “He made some unforced errors and double faults in key moments, which helped me get that necessary break forward. I played at least 20 or 30 % better than I did against Fritz a few days ago. I am on a good trajectory and hopefully tomorrow will be even better.”

Djokovic owns a 4-2 ATP Head2Head lead over the Greek.

Looking ahead to the next challenge, Novak said: “My next match will be against a Top 10 player. Tsitsipas won Monte-Carlo. I am going to do my best to win that match,”