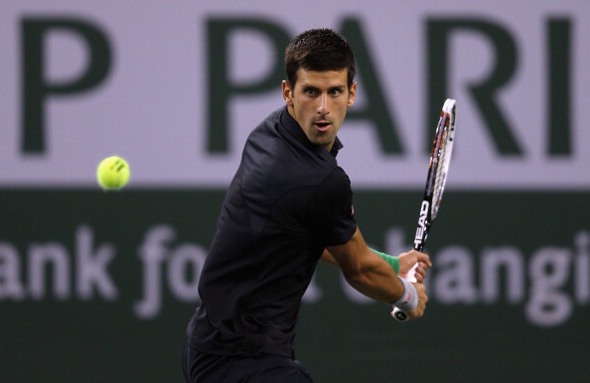 The two-time former titlist raced to a 5-0 lead after just 20 minutes of play. He closed the opening set 6-1.

After brilliant display at the beginning of the match, Novak’s level dropped in the second set. The Colombian used his opportunity and broke in the eighth game. He served it out 6-3 to force a deciding final set.

As experience plays large roll in matches like this, Djokovic proved too much for his rival. He broke twice, in the second and sixth games, and improved to an 8-2 record on the season.

“It took me a little bit of time to get used to his game,” said the 2008 and 2011 champion. “I thought I played really well from the start. Then suddenly I just had a big loss of concentration and allowed him to win the second set for no reason. I bounced back better in the third, but I obviously cannot allow myself to have these particular concentration lapses in matches at this level.”

Novak landed 78% of his first service points and won 10 out of 13 points when approaching the net.

The 26-year old Serb has a perfect 7-0 H2H record against Marin.

“Cilic is in really good form and I think he has got better in last couple of months working with Goran Ivanisevic. So I’m going to have to be on top of my game throughout the whole match in order to win it.“