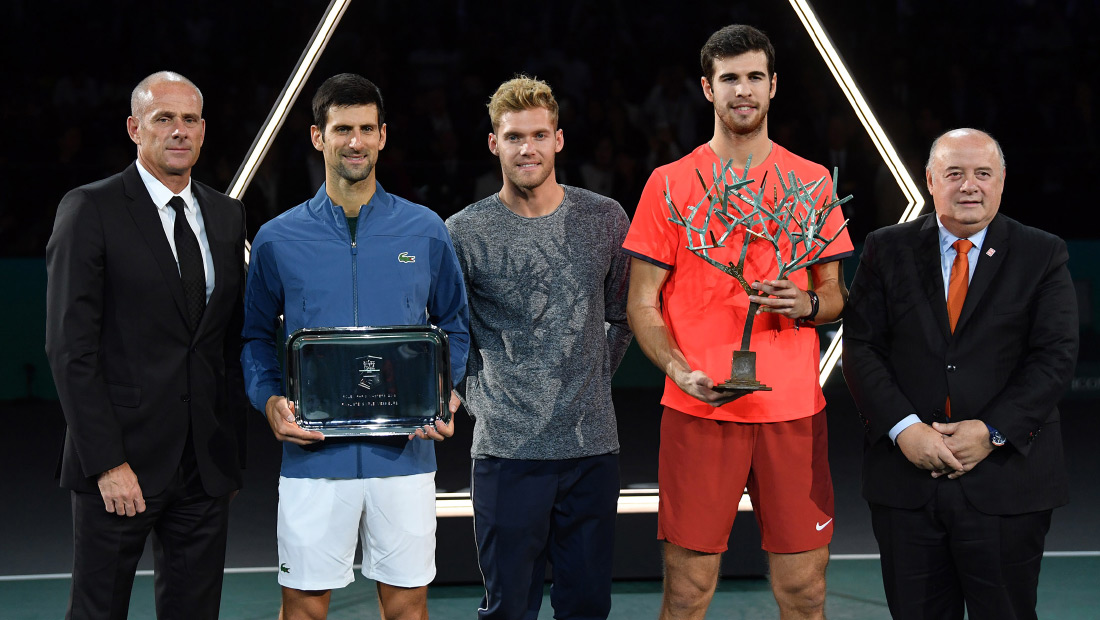 The incoming world no.1 was way too tired after epic three-hour semi-final and the 22-year-old Russian exploited that greatly.

Khachanov, one of the rising young talents of the sport, was hitting big, not allowing Novak to find his rhythm during the one hour, 37-minute clash.

Novak opened well, breaking his rival in the fourth game for 3-1 lead. However, Khachanov regrouped quickly to grab two breaks and closed out the first set.

A break in the third game of the second set was enough for the Russian to seal the biggest victory of his career. He improved to 4-0 in ATP World Tour title matches.

“I am very happy to have reached the final. I didn’t feel too well but I must give my congratulations to Karen. He deserves this trophy and I am sure we will see many more matches from him in the future,” Novak gave respect to Karen for playing a great match today.

14-time Grand Slam champion Djokovic will overtake Rafael Nadal at the top of the world rankings on Monday, November 5. He will regain no.1 spot after two years.

Novak will next travel to London to compete at the season finale, the Nitto ATP Finals, taking place at The O2 Arena in London (November 11 – 18).

“I’m satisfied, of course, with this week. I’m going to be no.1. What more can I ask for? I won 20+ matches in a row and had the most amazing last five months,” Novak said. “I’m going into the season finale with a lot of confidence and feeling good about my game.”