Mayer withdrew, Novak in the semi-finals! 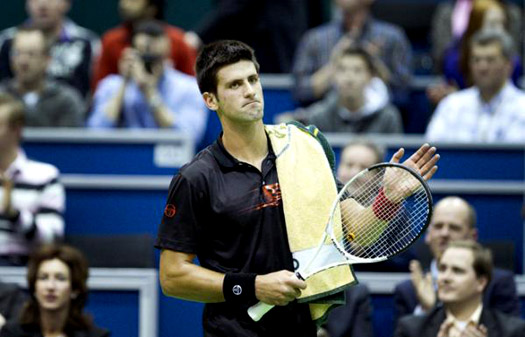 World no.2 Novak Djokovic defeated world no.54 Swiss Marco Chiudinelli in straight sets 6-4, 6-2 in 90 minutes in the second round of the “ABN AMRO World Tennis Tournament”.

The top seed is now through to the semi-finals in Rotterdam for a second time after his quarter-final opponent, Florian Mayer, was forced to withdraw from Friday’s anticipated clash with a left leg injury.

A break in the fifth game of the first set was enough for Novak to take it 6-4 in 38 minutes.

Third game of the second set lasted more than 15 minutes. Nole managed to use one of his many break chances and then held for 3-1 lead. The 22-year-old Serb broke his opponent’s service once again in the seventh game and then closed the set and match 6-2.

Novak will face either Mikhail Youzhny (Russia,6) or Gael Monfils (France,4) on Saturday for a place in the finals.