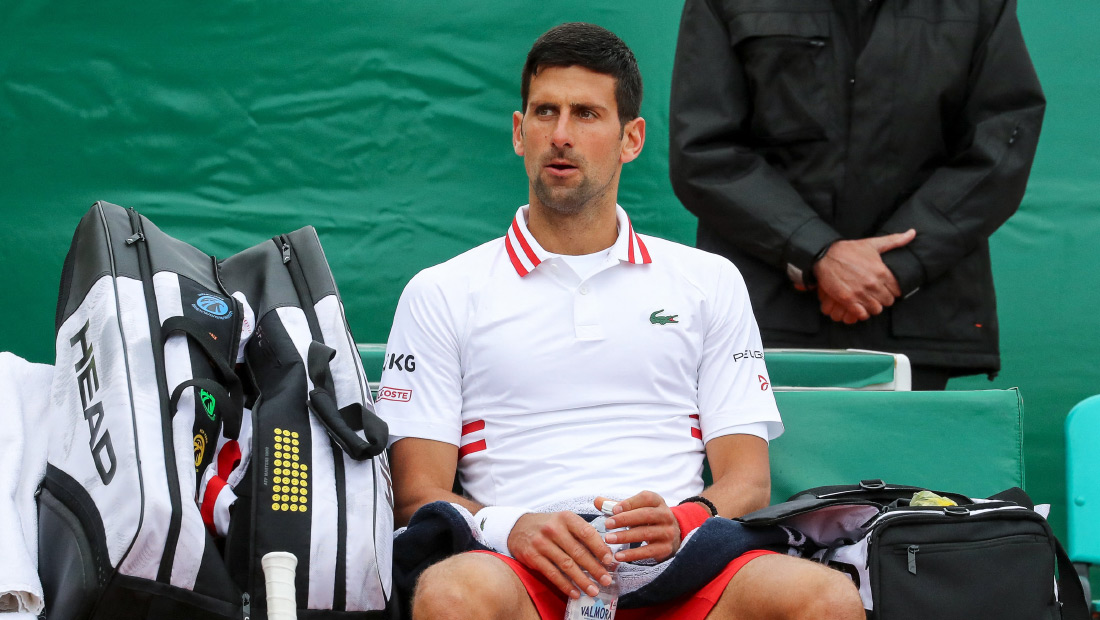 18-time Grand Slam champion Novak Djokovic suffered a surprise 4-6, 5-7 loss to world no.33 Daniel Evans in their third round match in Monaco on Thursday.

Evans pulled off the biggest win of his career by eliminating the two-time Rolex Monte-Carlo Masters titlist.

It was the first time the two were competing against each other on the ATP Tour. The match lasted two hours and six minutes.

Novak made a slow start to his third-round match. The Brit came out firing and took an early 3-0 lead with a double break to give himself confidence against the world no.1. Djokovic clawed his way back to 4-4 but Evans broke again and clinched the opener in 57 minutes.

The second set began in reverse as it was the top seed who opened with a 3-0 advantage. However, Evans kept fighting and continued to apply pressure on the Djokovic serve. He digged deep to break back in the fifth game and consolidated it to level at 3-all. He was moving Novak all over the court which forced the Serbian ace into making uncharacteristic unforced errors. The turning point came when Novak failed to convert a break/set point hitting a backhand into the net on Evans’ serve at 4-5, 30/40. A few moments later he handed his rival a 6-5 lead with a double fault. Evans served it out securing a spot in a Masters 1000 quarter-final for the first time.

“To be honest, this has been probably one of the worst matches and performances from my side I can recall in the last years. I don’t want to take anything away from his win, but from my side, I just felt awful on the court overall. Just nothing worked. Today was completely the opposite of what I felt yesterday,” said Djokovic. “It was very, very windy, tough to play in these kind of conditions against a guy like Evans who makes you move. He’s very unpredictable with his shots. He dismantled my game.”

Novak is heading to Belgrade, where the Serbia Open, an ATP 250 clay-court event, will be held next week – for the first time since 2012.

In a very strong field at the Novak Tennis Center, Nole will be joined by Dominic Thiem, Matteo Berrettini, Gael Monfils, Dusan Lajovic …

“I’m disappointed with the way I played, the way I felt on the court. But it’s a long clay season. Still plenty of tournaments, plenty of room to improve. Obviously I have to work, and hopefully get a better performance next week in Belgrade.”