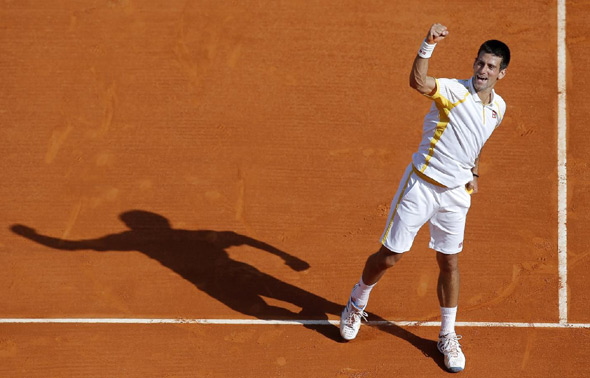 Singles draw has been made for Monte-Carlo Rolex Masters, the first ATP World Tour Masters 1000 tournament on clay in 2014.

Nole is a defending champion. He is seeded no.2 and has a first-round BYE. The 2014 Indian Wells and Miami titlist will face world no.57 Albert Montanes (Spain) who beat Benoit Paire (France) in three sets.

Nole holds a perfect 5-0 H2H record against the Spaniard.

The tournament begins on Sunday, April 13, and will be played until April 20.

Last year Nole ended Nadal’s reign in Monte Carlo (eight successive titles). He captured his first Monte-Carlo Rolex Masters title with a 6-2, 7-6 (1) victory over the Spaniard in the final.

This will be Novak’s eighth appearance at the Masters event (20-6 record).

The 26-year-old Serb has a different approach to the clay-court season this year. Roland Garros remains very much his target, as the only major event he hasn’t won, but he is determined to focus on the importance of the three upcoming ATP Masters 1000 clay-court tournaments and not get caught up in the quest to complete a career Grand Slam.

“Last year, Roland Garros was more in my mind,” Djokovic said in an interview at the Monte-Carlo Country Club. “It was in my thoughts constantly. I’m not saying it’s good or bad, and it doesn’t mean that this year I don’t want to win it. Of course I will put all my effort into it, but only when the time comes. Right now I want to dedicate my attention to Monte-Carlo, Madrid and Rome, three very big tournaments on clay. This is where I want to do well and eventually get myself in a very good position in terms of confidence for the French Open.”