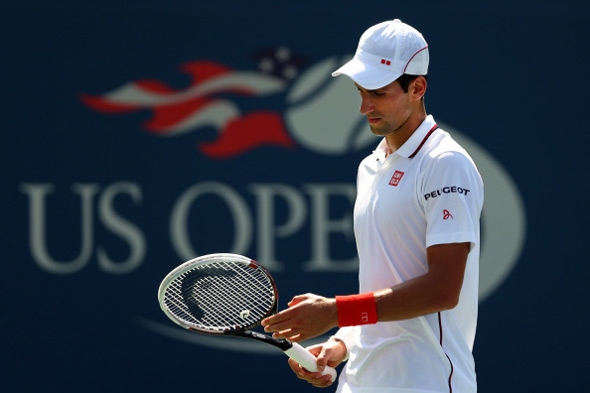 World no.1 Novak Djokovic will not play in the 2014 US Open final.

Nishikori now leads 2-1 in H2H meetings with the Serb. The 24-year-old Shimane native has become the first Asian man to reach a Grand Slam final.

Players traded breaks early. In the seventh game, Novak dropped to 0/40. Although he saved one break point, Nishikori clinched his second break and took the set in 38 minutes.

Nole raced through the second set, breaking his rival in the fourth and sixth games for 6-1.

After seven deuces and four break points against him, Nishikori held for 2-1 in the third set. He broke Novak in the eighth game, but the 2011 titlist fought back immediately. The set went to a tie-breaker. Djokovic came back from 0-4 down to 4-5, and had two serves, but lost both points to give the Japanese two sets to one lead.

Nishikori, trained by former Major champion Michael Chang, made an early break in the fourth set. He kept the run of momentum rolling and broke once again in the ninth game to make tennis history.

“Other than that second set my game was not even close to what I wanted it to be,” said Djokovic. “A lot of unforced errors, a lot of short balls. I just wasn’t myself. Kei played some great tennis, he was the better player today.”

Novak was looking to reach his fifth consecutive US Open final.