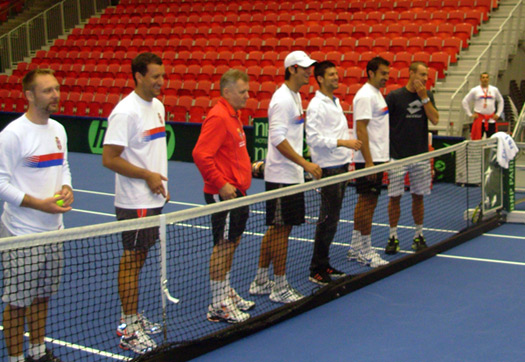 After a spectacular celebration in Belgrade, when around 100,000 Serbian tennis fans gave Novak a hero’s welcome after winning his first Wimbledon title and becoming the new world no.1, the 24-year-old arrived in Halmstad where he was welcomed by his friends and Davis Cup teammates.

”No1e” was soon all wet from champagne. Hugs, congratulations, smiles and jokes, faces lit up, to show that words were not only words when Janko Tipsarevic wrote on his Twitter account after Nole’s semi-final win over Tsonga: “Don’t think I ever felt more happiness for another tennis player, than I am feeling right now for @djokernole.” 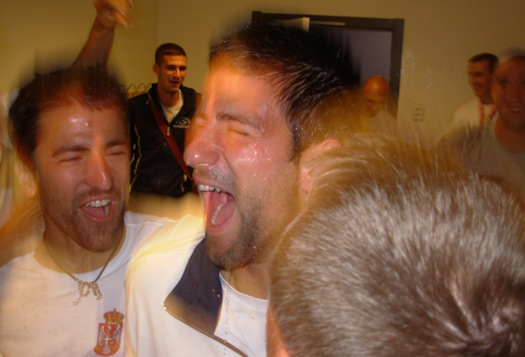 After a short celebration, boys got back to work, continuing preparations for the upcoming Davis Cup by BNP Paribas World Group quarter-finals against Sweden, taking place from 08-10 July .

Davis Cup 2010 champion Serbia is at full strength with world no.1 Novak Djokovic leading the team. World no.16 Viktor Troicki, no.29 in the ATP Rankings Janko Tipsarevic and three-time men’s doubles Grand Slam champion currently the sixth ranked doubles player in the world Nenad Zimonjic are also in the squad. Ilija Bozoljac is also with the team.

Michael Ryderstedt, Ervin Eleskovic, Robert Lindstedt and Simon Aspelin have been named in the team for Sweden.

The draw is scheduled on Thursday, July 7 at noon.

“Dream of every team captain is to work with guys like Nole, Viki, Tipsa, Ziki and Ika,” said Bogdan Obradovic. 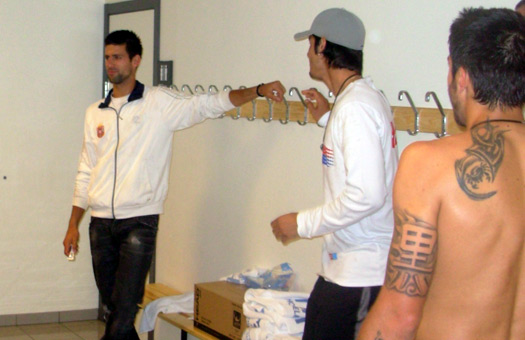