Nole about the Davis Cup draw: We live for those three days! 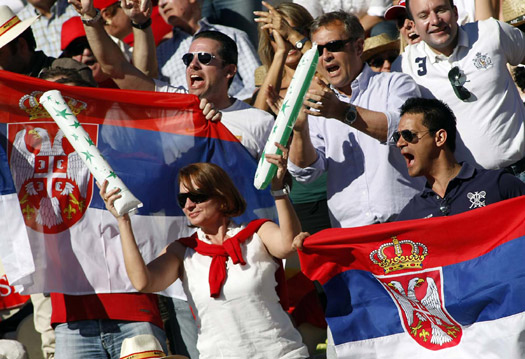 Our players’ first opponent will be the team of USA, the country that has won the greatest number of trophies since the founding of the competition (32 titles).

For his official website, Novak gave his impressions of everything that happened in the last seven days.

“I would first like to congratulate our players on making successful results during the previous weekend. I want to thank my colleagues from the team and all the media in Serbia for understanding my absence from the team in the tie against Uzbekistan.”

Novak has already officially confirmed his participation in the following tennis spectacle in Belgrade Arena.

“I will surely play for Serbia against our next opponent in the Davis Cup World Group, the team of USA, and I will try to give my contribution in our attempt to win the tie. Although we got a very difficult opponent who won the trophy in this prestigious competition many times, I am convinced that we have the quality to beat them. There are six more months until this duel, but I must already emphasise to all our tennis fans, that these are the matches of great importance and the support of our home crowd would help us achieve the goal. We live for those three days and expect a great spectacle in Belgrade Arena”, concluded Nole.

Novak is currently in Monte Carlo, practicing for the upcoming China Open tournament. He’s heading to Beijing on Wednesday.