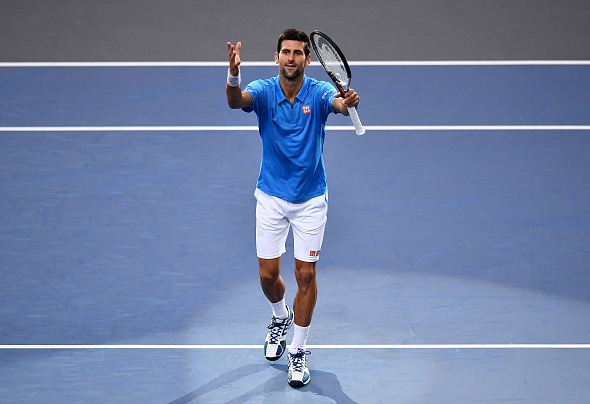 The third round match lasted two hours and 24 minutes. It was the seventh career meeting between the two, Novak now leads their H2H rivalry 6-1.

It was Nole’s 17th consecutive victory in Bercy. He improved to a 61-7 record on the season.

After Dimitrov had clinched the opening set, Novak regrouped and took control in the remainder, breaking his rival twice in the second set and once in the third.

“I’m very grateful to have such a crowd and perform in front of them. I think they appreciated the battle between Grigor and I today,” said Djokovic. “I think we both gave what we could. I think it was a really, really nice match to be a part of.”

Next up for the top seed is Marin Cilic, against whom he holds a perfect 14-0 H2H record.

“He loves these kinds of very quick courts. He won Cincinnati in very similar, even faster conditions,” said Novak. “I know what I need to do, and hopefully I’ll be able to execute it well tomorrow.”

The quarter-final clash is scheduled on Friday.