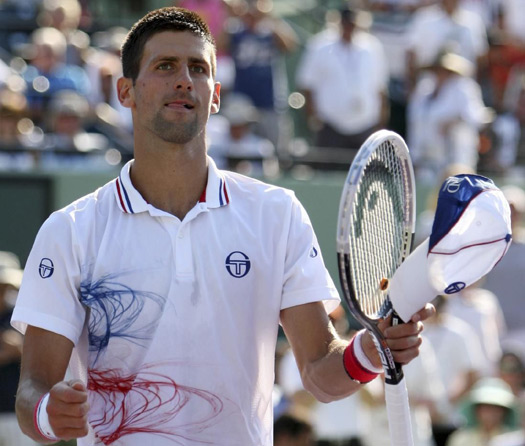 Nole is through to Miami Masters last eight for the fourth time in his career.

The top-ranked Serbian saved 6 of the 7 break points he faced, and converted 3 of his 10 opportunities to advance in one hour and 39 minutes.

Novak was broken in the third game of the opening set, but he fought back with two breaks of serve to take it 7-5 in 60 minutes.

The world no.1 was in control of the second set. A break in the fourth game was enough for Nole to clinch his seventeenth win of the season.

“He came up with some great shots today. I thought that he had really good chances to win the first set,” said Nole. “I managed to stay composed, play well when I needed to, and then, it was much different when I had the set advantage.”