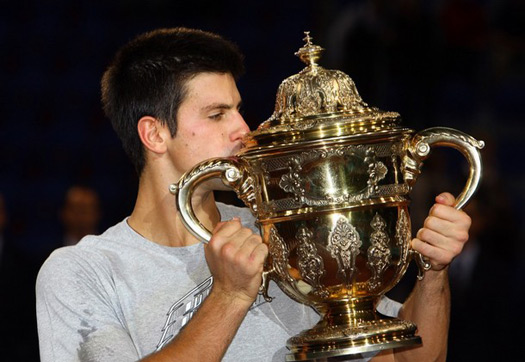 The end of the 2010 tennis season is getting closer. Nole will play in Basel, Paris, London and Belgrade.

12 months ago Nole made his debut at the ATP World Tour 500 tournament in Basel and lifted the winner’s trophy. The world no. 3 is going back there, eager to defend his title and win his 3rd tournament of 2010. He defeated three-time defending champion Roger Federer in his hometown 6-4, 4-6, 6-2 in the finals last year.

Novak will be second-seeded again, just like last year.

The Swiss Indoors Basel tournament will take place from 1 to 7 November for the prize money of € 1,225,000.

Until then, enjoy the highlights from the last year’s final: