Nole and Marko lost in the first round of Umag! 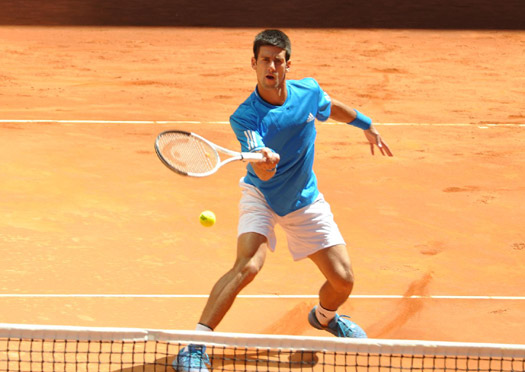 Novak Djokovic and his younger brother Marko Djokovic failed to reach the second round at the tournament in Umag in the doubles competition. They lost to Italians Potito Starace and Fabio Fognini 0-6 5-7 in 60 minutes.

Fognini and Starace dominated in the first set. They made three breaks to win it 6-0 in just 20 minutes.

The second set was much closer. Novak and Marko were playing better. Although they lost their service in the opening game, they managed to come back into the set, and equalise to 2-2. They broke their opponents’ service once again in the eighth game for a 5-3 lead. The Serbs were serving for the set, but the Italians broke back immediately and then held to level the score to 5-5. Fognini and Starace made another break in the eleventh game to go 6-5 up and then successfully served it out for 7-5.

Nole will next play at the ATP World Tour Masters 1000 tournament in Montreal.