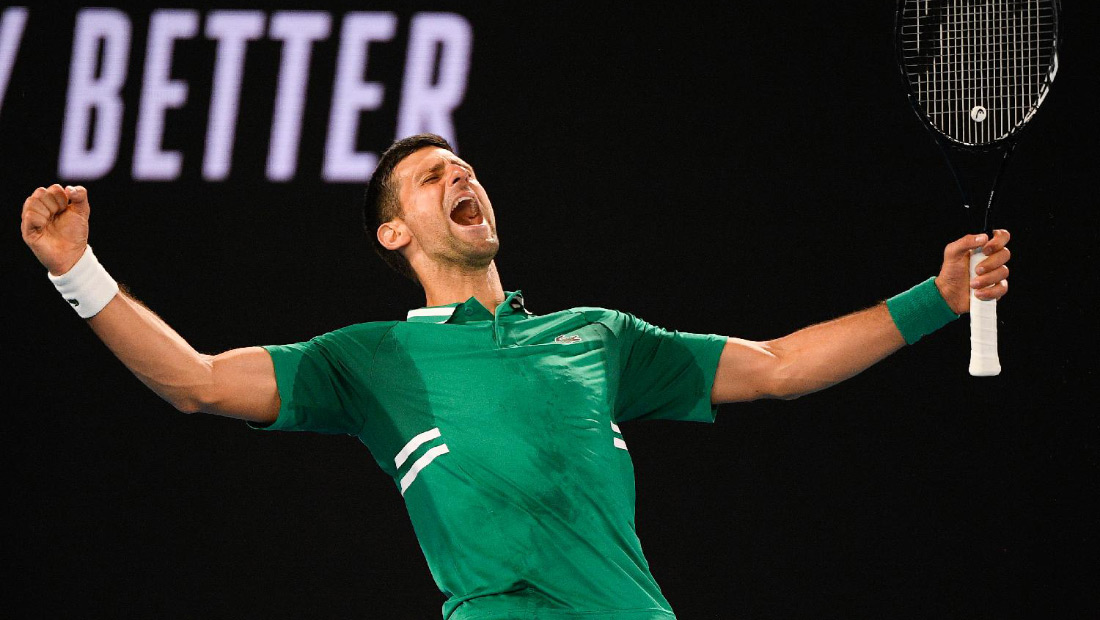 Nole battles through injury to defeat Fritz in five sets!

Novak won the five-set epic despite an injury to progress to the fourth round in Melbourne, showing the spirit and a heart of a champion.

Defending titlist Novak Djokovic was cruising to victory, leading two sets to love against Taylor Fritz in the third round action on Friday, but picked up an injury.

He struggled to move for the remainder of the match. The American 27th seed took the third and fourth sets, but the Serbian star dug deep and eventually made it through to the fourth round of the 2021 Australian Open.

Spectators at the Rod Laver Arena were asked to leave midway through the match due to the Melbourne lockdown.

“This is definitely one of the most special wins in my life,” said Novak. “It does not matter what round it is, against who it is. Under these kinds of circumstances, to pull this through is definitely something I will remember forever.”

Novak will look to recover for the last 16 encounter against no.14 seed Milos Raonic on Sunday. He has a perfect 11-0 record in H2H matches with the Canadian.

“Right now I know it’s a tear of the muscle,” Djokovic said. “I don’t think I’ll manage to recover from that in less than two days. I don’t know if I’m going to step out on the court or not. I am just very proud of this achievement.”