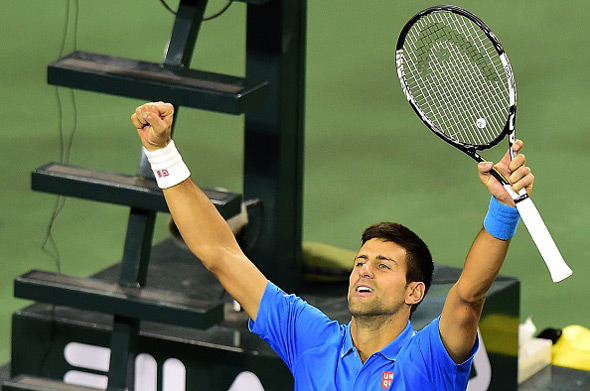 Impressive performance from Novak who took another step towards defending his Indian Wells title.

The world no.1 put on a masterful display on Saturday, beating Andy Murray 6-2, 6-3 in their BNP Paribas Open semi-final.

It marked the second time that Nole had beaten Andy in the Indian Wells last four. In 2007, he defeated the Brit in straight sets before falling to Rafael Nadal in his first Masters final.

The two have met for the 25th time on the professional tour, Djokovic now has a 17-8 H2H lead. The Serb has won their last six meetings.

The defending champion found his rhythm from the start. He raced to a 5-1 lead with two breaks of serve. Novak slipped up once, with some uncharacteristic errors when serving for the set, but closed it out in the next game, breaking Murray for the third time.

A break in the second set was enough for the top seed to serve out victory in 88 minutes.

Novak will face no.2 seed and four-time former titlist Roger Federer in Sunday’s championship match, aiming to become the 12th player in the Open Era to win 50 titles. The Swiss defeated Milos Raonic (CAN, 6) 7-5, 6-4 in the second semi-final.