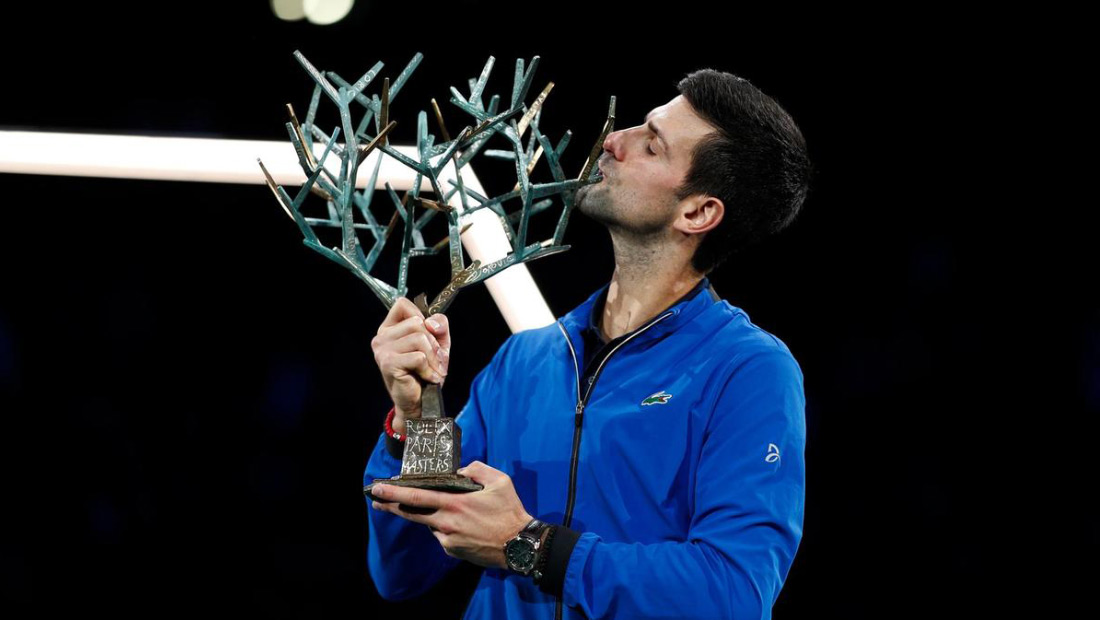 The Serbian ace captured his 34th Masters 1000 shield, which puts him one behind Nadal’s record of 35. He also tied John McEnroe on the all-time titles list with his 77th tour-level trophy.

In another impressive display, Novak dominated with serve and return. He broke once in each set and saved the only break point he faced during the 66-minute contest.

“I think I had the best serving match of the tournament, and that’s why the match was pretty short,” Djokovic said. “I put him under pressure on the second serve, and from the back of the court, I was solid and not giving him too many opportunities. It was just one of the best matches I have played, definitely, this week. And I feel like the second part of the week was terrific. It was improving day-by-day for me in terms of level of tennis.”

The title is Novak’s fifth championship trophy of the season, which ties him with Dominic Thiem for the Tour lead.

Novak was only broken twice in five matches this week, holding 47 of 49 service games. With today’s victory, he improved to a perfect 4-0 H2H career mark against the Canadian. He also defeated Corentin Moutet, Kyle Edmund, Stefanos Tsitispas and Grigor Dimitrov en-route to the final.

Novak will next travel to London to compete at the season finale, the Nitto ATP Finals, taking place at The O2 Arena in London (November 10 – 17).

The five-time former titlist will be making his 12th appearance at the world’s biggest indoor tournament. He will be joined by Rafael Nadal, Roger Federer, Daniil Medvedev, Dominic Thiem, Stefanos Tsitsipas, Alexander Zverev and Matteo Berrettini.

Despite the withdrawal in Paris Masters semifinal, Spaniard Rafael Nadal will replace Novak at no.1 on the ATP rankings on Monday.

The two champions will battle for the year-end no.1 ranking at the Nitto ATP Finals.