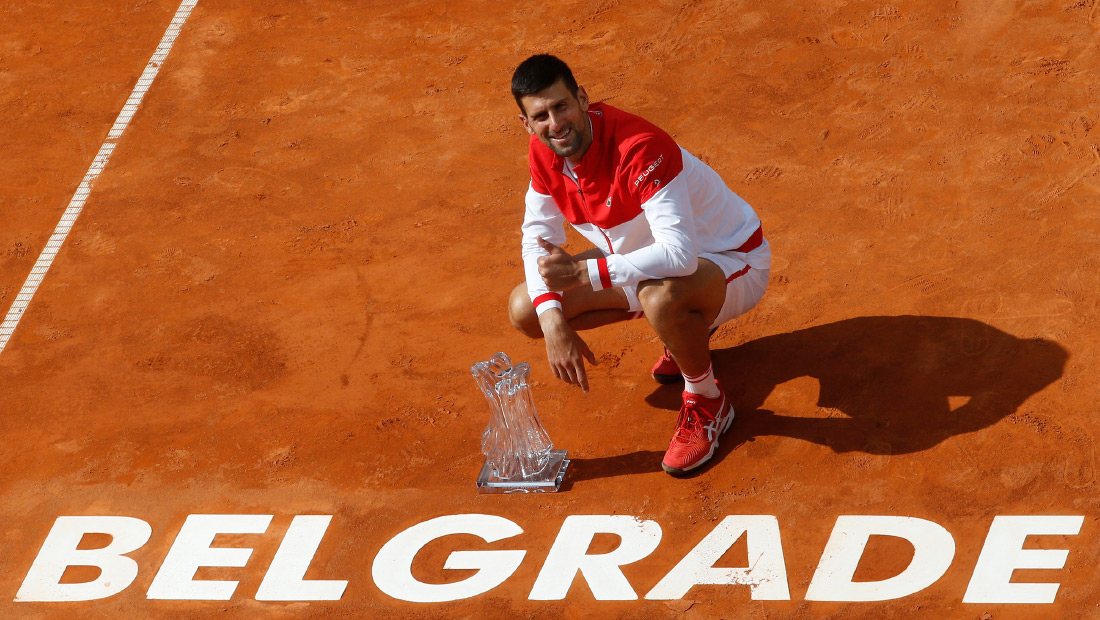 World no.1 Novak Djokovic claimed his 83rd career singles title and his third crown in Belgrade, with a 6-4, 6-3 victory over Alex Molcan (ATP #255) in 88 minutes on Saturday.

Novak came back twice from a break down in the opening set to take it 6-4 against the Slovakian qualifier.

The second set went with serve until the sixth game, when the Serbian star broke Molcan for a 4-2 lead. The first-time ATP tour finalist fought back immediately, but Novak converted his break point chance for the sixth time in the match and served it out, improving to a 20-3 record on the season.

“It’s been a while since I last played here in front of the crowd. It is totally a different feeling to be holding a trophy once again after 10 years. It is really special and couldn’t be a better leadup to Roland Garros,” Djokovic said.

Novak will next head to Paris, where he will play against American Tennys Sandgren in the Roland Garros first round (Tuesday).