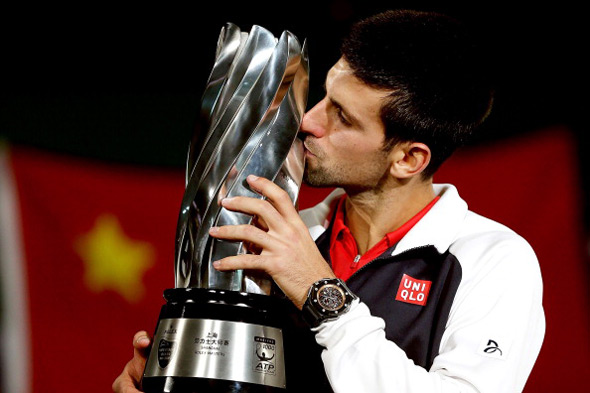 World no.2 Novak Djokovic came back from a set down and saved five match points before defeating two-time defending champion, no.3 seed Andy Murray, 5-7, 7-6 (11), 6-3 in 3 hours and 21 minutes in a blockbuster final.

In the opening set, featuring seven breaks of serve, Murray broke Novak for the fourth time in the 11th game for a 6-5 lead and closed it 7-5 in 74 minutes.

Djokovic had two break points in the second game of the second set, but the Scot held and capitalised on his opportunities in the seventh game to go up 4-3. He consolidated the break to increase his lead to 5-3. The Olympic champion was serving for the match at 5-4, he was leading 30/0, had the championship point, but Novak hit some amazing shots and broke back to level at 5-all. The Serbian star saved four more match points in an incredible tie-break and converted his fourth set point to win it 13-11.

Nole looked confident in the deciding third set. He broke Murray in the seventh and ninth games to seal a memorable victory.

“It’s difficult to judge who was better because it was so close throughout the whole match,” said Novak. “We had so many rallies in three and a half hours; for a best-of-three set match it is a very long time. Could have easily gone the other way. He was five match points up. When I faced those match points, I tried to focus on each individually. He was so close to the victory that I cannot say I was the better player.”

The 25-year-old Belgrade native has compiled a perfect 10-0 record since US Open final, winning back-to-back titles at the China Open in Beijing and now in Shanghai. 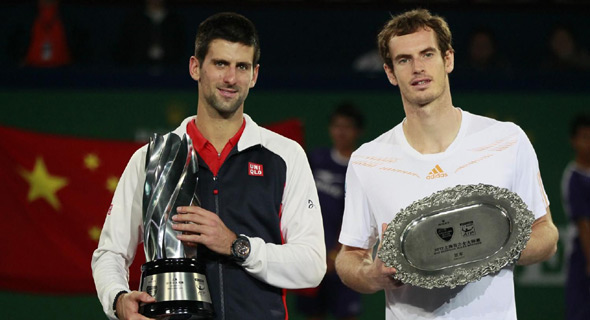 Novak will next play at the BNP Paribas Masters, the last ATP World Tour Masters 1000 tournament of the season, taking place from October 29 to November 4 in Paris.

“I’m trying to focus now on the end of the season,” Djokovic said about challenges ahead. “I need to play well indoors. I need to try to stay consistent with my results and eventually get a shot at No. 1 of the world. It’s my biggest objective in this moment. It’s something I’m aiming for. Obviously this is going to be a huge confidence boost and is going to help me in the race for No. 1.”