Nole clinches year-end no.1 for the first time! 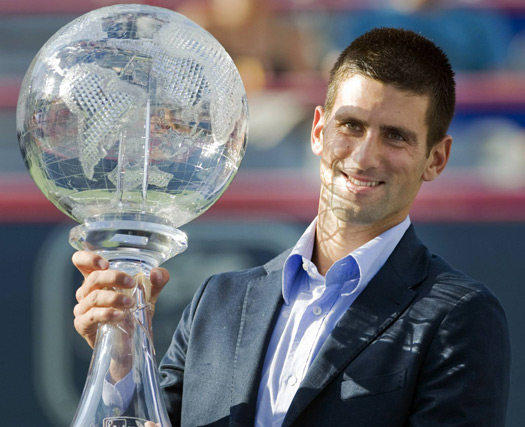 Nole will finish as the no.1 player in the year-end South African Airways 2011 ATP Rankings. He is the 16th different player to finish no.1 in the history of the ATP Rankings (since 1973).

World no.2 Rafael Nadal’s third-round loss at the Shanghai Rolex Masters on Thursday assured the Serb of the top ranking come the end of the season.

The 24-year-old Belgrade native is the first Serbian man to finish no.1 in the history of the ATP Rankings (since 1973). It also marks a record eighth straight year a European is the no.1 player on the ATP World Tour. For seven years from 1985-91, Europeans finished no.1.

Djokovic will be officially crowned as the year-end no.1 at a special trophy presentation at the season-ending Barclays ATP World Tour Finals in London where he will be competing for a fifth straight year. The tournament takes place Nov. 20-27.

On July 4, Novak became no.1 in the South African Airways 2011 ATP Rankings for the first time after winning his first Wimbledon title. He began his outstanding season with a 41-match winning streak (43 overall back to last year). He has won a career-high 10 titles in 11 finals, including his second Australian Open and first US Open crowns.

En route to a 64-3 match record, he has captured a record five ATP World Tour Masters 1000 titles in a season, in Indian Wells, Miami, Madrid, Rome and Montreal. He has also compiled a 20-2 mark vs. Top 10 opponents, defeating rivals Nadal six times and Federer four times so far in 2011.

Between now and the end of the season, the Serb is due to play at the Basel Swiss Indoors, the BNP Paribas Masters in Paris, and the season-ending Barclays ATP World Tour Finals at The O2 in London.