Nole into last 8 at Canadian Open 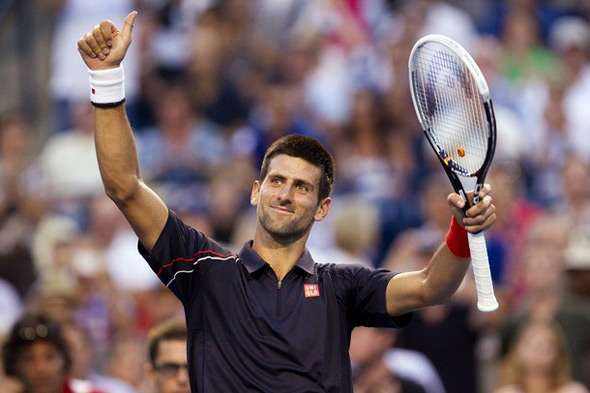 Two-time Rogers Cup champion cruised through to the quarter-finals with a 6-4, 6-4 victory over American Sam Querrey in 75 minutes on Friday at the ATP World Tour Masters 1000 tennis tournament in Toronto.

The world no.2 made a break in the ninth game of the opening set and served it out 6-4 converting his third set point.

Nole was serving at 4-3, 30-30, when rain interrupted play. Match resumed after 2 and a half hours, Querrey won the first point to earn his first chance for a break. The 25-year-old Serbian saved it and sealed the set and match two games later.

Djokovic capitalised on 2 of 4 opportunities on Querrey’s serve to improve to a 19-3 record at the Canadian Open.

It’s a busy day at the Rogers Cup on the grounds of the Rexall Centre. Four quarter-final matches are scheduled on Friday evening.