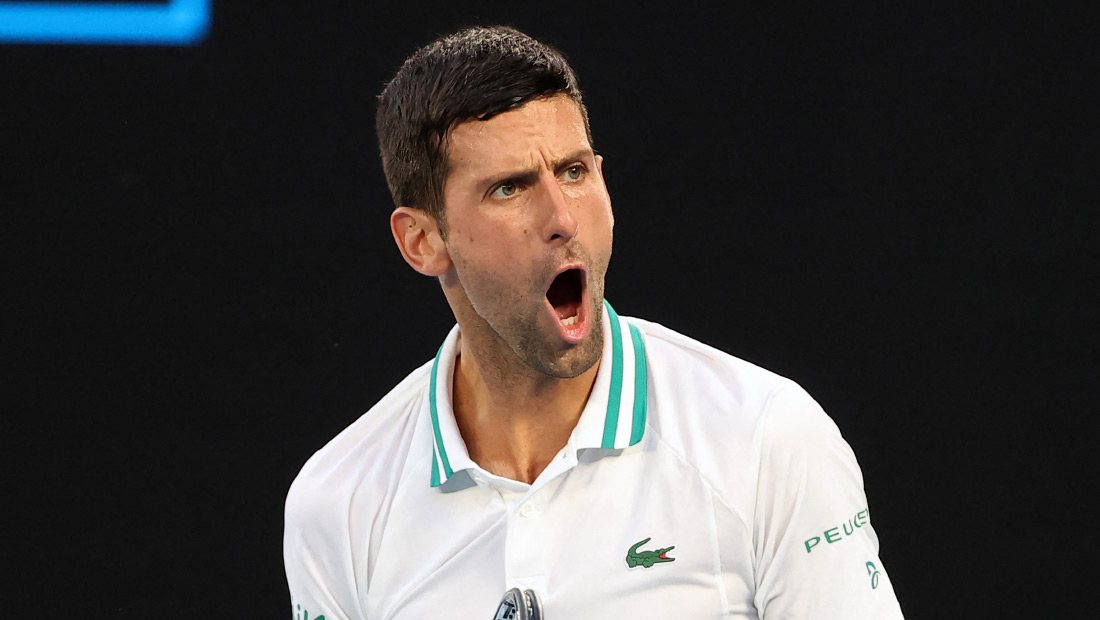 Nole dominated Aslan Karatsev for a spot in the Australian Open men’s final for a record ninth time!

Novak booked his place in another Melbourne Park decider, breaking six times from seven opportunities to clinch a straightforward win in one hour and 53 minutes.

Djokovic broke to love for a 5-3 lead and consolidated it with a love hold to clinch the 35-minute opener.

The top seed continued to raise his level of play and broke serve twice in the second set before Karatsev fought back once. Novak closed it out two games later.

The two had traded breaks once in the third set, before the world no.1 surged ahead with two more breaks, ending the remarkable run of his rival.

“This is best as I felt in the entire tournament. Felt great, I could swing through the ball. No pain. Best match so far. It came at the right time and I’m thrilled to feel this way,” said Djokovic. “I was not really optimistic after the match with Fritz, but we, my team, physios, took it day by day, made sure we did everything we possibly could, to give myself a shot to compete. Each day was getting better.”

The Serbian tennis ace will now face no.4 seed Daniil Medvedev in Sunday’s final, as he bids to win his 18th Grand Slam title.

“I will practice on Saturday, work on specifics depending on the opponent. I am expecting the toughest match of the tournament on Sunday whoever wins.”