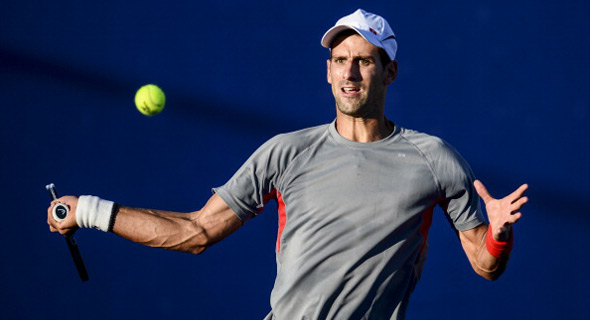 Nole hit 6 aces and converted 4 of his 7 break point opportunities to improve to a 61-11 match record on the season.

“In the first set I felt that I could return a lot of serves, which I did, and played a really good set,” said Djokovic. “Then I had a couple of break points in the first game of the second. He stayed with some big serves. That’s when I think he changed his tactics and his service games. He started mixing up more, and I had tough time to read it. I made little adjustment on the return, came closer to the line, and it paid off.”

Five-time Grand Slam champion goes onto face world no.50 Carlos Berlocq in the second round, on Wednesday at 19.30 local time. The Argentine beat Australian Marinko Matosevic in three sets 3-6, 6-2, 6-3.