Nole downs Ljubicic to move into the third round in Cincinnati! 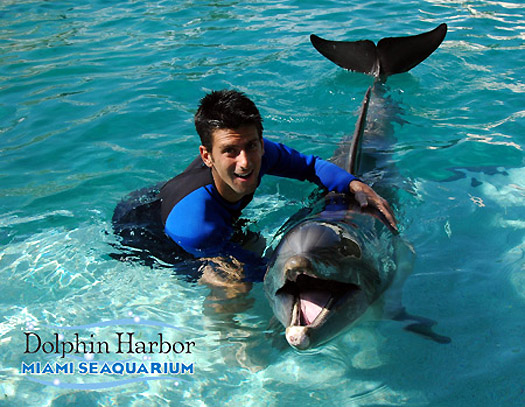 Djokovic played better than his opponent in the first set. He was winning games on his own serve much more convincing and easier, most often to love, while Ljubicic was struggling to hold. The Croat faced two break points in the fourth game, but Nole failed to convert them. The set was decided in a tiebreaker. One mini-break was enough for Novak to win it 7-5 after 58 minutes.

The 22-year old Serb continued playing really well at the beginning of the second set. He broke Ljubicic’s service in the opening game and then held for 2-0. Serving for the match at 5-4, Djokovic made his first double fault and handed the Croat his first break point. The Serb saved it and closed it out, 6-4.

Djokovic served 8 aces to Ljubicic’s 14. He won 34 of 35 first serve points, which is 97%!
Nole hit 21 winners to Ljubicic’s 31, and made 13 unforced errors, 25 less than his opponent.
The Serb capitalised on 1 of his 4 chances for break, while the Croat failed to use his only break point.

Djokovic will face world no.35 Frenchman Jeremy Chardy (def. John Isner, retired) in the third round.