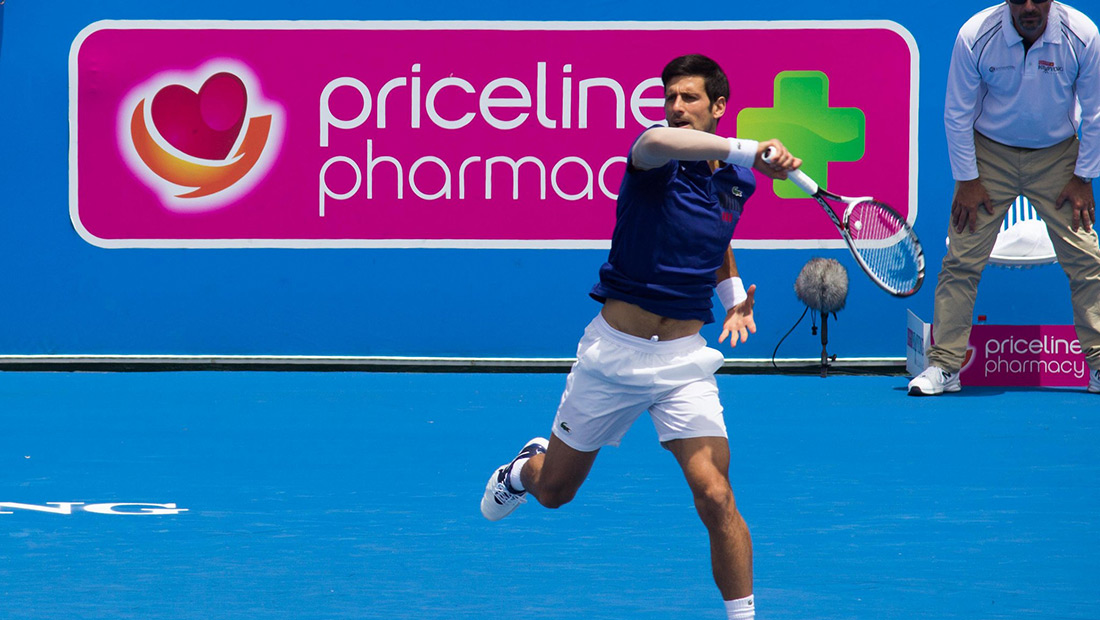 The 30-year-old Serbian star broke the Austrian three times in the opening set that lasted just 20 minutes. After saving all seven break points he faced in the second set, Novak converted his break point opportunity in the 10th game and sealed the win.

“I’m smilling, inside and outside. I just love this sport so much,” the 12-time Grand Slam champion said. “I was waiting for this moment for six months to get out on the court and play a match. I got a great opponent today, the No. 5 in the world, so it was a fantastic test for me to see where I am. So glad to be back and so nice to start in a country and a city where I have the greatest memories.”

Nole was back on court later in the evening in Melbourne Park for the Tie Break Tens exhibition event against Lleyton Hewitt. The Australian won 10-6 to move into the semis.

It’s great to have you back, Novak!