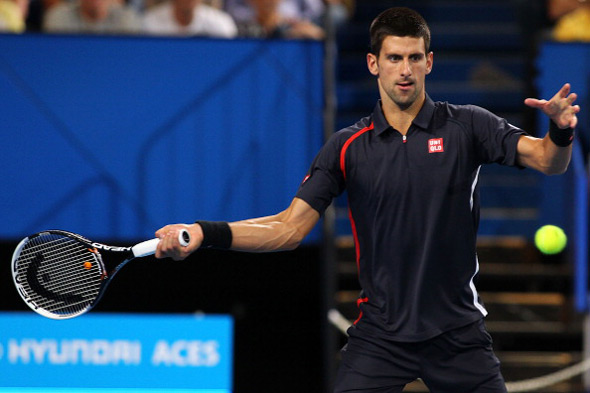 Reigning Australian Open champion Novak Djokovic gave Serbia a 1-0 lead in the final after defeating Fernando Verdasco 6-3, 7-5 in one hour and 32 minutes at the new Perth Arena on Saturday evening.

Verdasco had a better start in the second set. He raced to a 3-0 lead, but Nole broke back in the fifth game and consolidated it for 3-all. The 25-year-old Belgrade native made a crucial break in the 11th game and served out the set and match 7-5.

Anabel Medina Garrigues beat Ana Ivanovic 6-4, 6-7 (3), 6-2 in the women’s singles rubber to level the tie, so the championship was decided in the mixed doubles match.

The Spanish combination recorded a 6-4, 7-5 victory and won the trophy.

This was Nole’s fourth appearance at the exhibition event in Perth, a traditional warm-up competition leading into the Australian Open.

Djokovic previously teamed with Ivanovic in 2006 (second in group, behind USA ) and 2011 (finished top of the group, secured finals, but were replaced by Belgium due to Ana’s injury), and in pair with Jelena Jankovic, in 2008, he reached the finals (lost to USA 1-2).

The five-time Grand Slam winner is heading to Melbourne where he will defend his title at the first major event of the season (January 14-27).