Nole eases past Chardy into third round 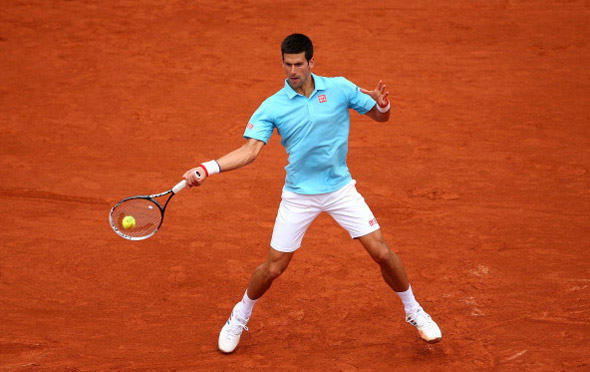 Second seed Novak Djokovic breezed through to the third round at 2014 Roland Garros after downing Jeremy Chardy in straight sets, 6-1, 6-4, 6-2.

The Serb looked in brilliant form on Court Philippe Chatrier. He went 7/9 on his break point chances to defeat the Frenchman in one hour and 31 minutes.

Novak broke twice in the opening set for 6-1. He was holding serve with ease and dominating in the baseline rallies. His return game was also highly effective.

Djokovic made a break in the first game of the second set. The world no.2 then dropped serve for the first time in the match, but promptly broke back in the next game and consolidated it for 3-1 lead. He won it 6-4.

Nole and Chardy traded breaks at the beginning of the third set, but the 2012 runner-up broke twice more and went on to serve it out 6-2.

“I managed to play some good tennis and I am already feeling like I’m improving my game as the tournament progresses,” said Novak. “I managed to make him play an extra shot. I managed to stay solid from the baseline and I think that forced him to make a lot of unforced errors, which definitely helped me to win in straight sets.”

Novak will next play no.25 seed Marin Cilic who defeated Tobias Kamke in four sets.

The 27-year-old Belgrade native holds a perfect 8-0 lead in H2H series against the Croat.

“I’m gonna have to play even better against Marin,” said Djokovic. “Since he started working with Goran Ivanisevic he’s been playing very, very good. He’s a big guy, he can play really aggressive. If he feels the ball well, he can be dangerous.”