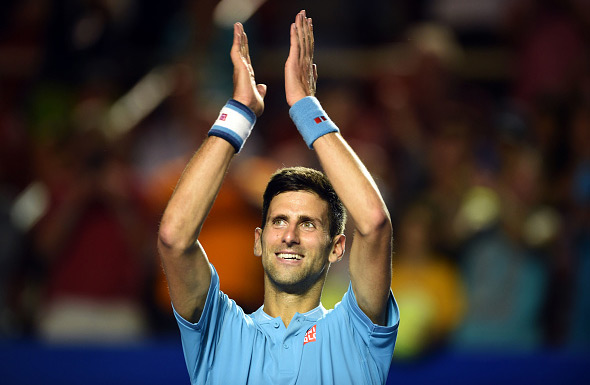 World no.2 Novak Djokovic was pushed to three sets but withstood a stern challenge from Juan Martin del Potro on Wednesday night at the Abierto Mexicano Telcel in Acapulco.

Novak was broken four times, but converted five of his seven break-point opportunities during the two hours, 38-minute clash.

Djokovic fought back from a break deficit in the deciding third set to seal his ninth win of the season, the 760th victory of his career (760-156 record).

“Every match that I’ve played against Delpo in the past couple of years has been very close, really enjoyable to play and great for the crowd to watch,” said Novak. “I am very happy and proud to win this match, even though I was close to losing when he was serving at 4-3 up in the third set. I just tried to get as many returns back in play as possible… It was very, very close with one or two points deciding the winner. I cannot believe that the stadium was full at 1 a.m., so I want to thank all the people who came to watch us and support tennis.“

For a place in the ATP World Tour 500 event semi-finals, Novak goes on to face no.6 seed Nick Kyrgios. The Australian beat Donald Young 6-2, 6-4.

It will be the first career encounter between Djokovic and the 21-year-old Canberra native.