Nole into 2nd round of Roland Garros 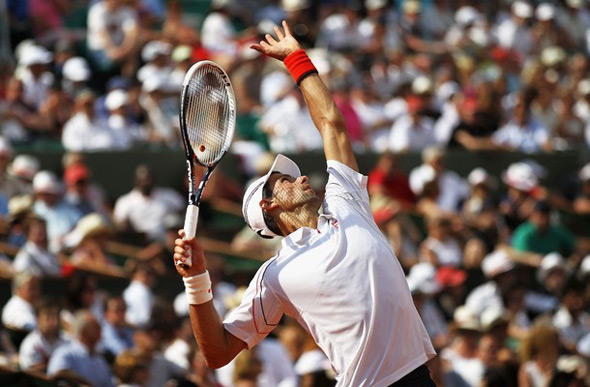 The 25-year-old Djokovic hit 39 winners and won 77 per cent of his first serve points against Starace, who he also beat in Wimbledon 2007. Nole committed 19 unforced errors, 8 fewer than his opponent, and converted 4 of 15 break point chances to improve to a 31-5 record on the season.

“I didn’t expect an easy match, that’s for sure. He is a specialist for clay. He gave a lot of trouble to the top players on this surface,” said Novak after the match. “I tried to be aggressive on the court and take my chances. At the start, I was still trying to find the rhythm and movement on the court. And he obviously played a very good first set. But when I look at it now, after the match is over, maybe it was good for me to have the tough first set and try to find the good control over and rhythm and movement on the court.”

The world no.1 moves on to face no.99-ranked Blaz Kavcic of Slovenia, who defeated Australian Lleyton Hewitt in four sets.

Djokovic is looking to win his first Roland Garros title, which would complete his collection of Grand Slam championship trophies.

He is also bidding to become the first man since Jim Courier in 1992 to win back-to-back major titles at the Australian Open and Roland Garros.