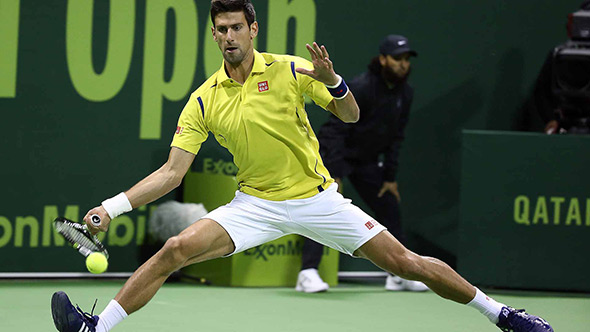 2016 Qatar ExxonMobil Open top seed Novak Djokovic rolled into the quarter-finals of the ATP World Tour 250 event with a speedy 6-2, 6-2 victory over Fernando Verdasco on Wednesday.

The world no.1 was in cruise control from the very beginning. He broke twice in each set and saved both break points he faced during the 12th career meeting with the Spaniard (8-4 ATP head-2-head). The match lasted 69 minutes.

“Both of the matches went very well,“ said Djokovic immediately afterwards. “You never know how you’re going to start the season; you’re hoping for the best. Fernando is a very powerful player. If he has time he can be very dangeorus, so I tried to take that time away from him. It was a very solid performance.”