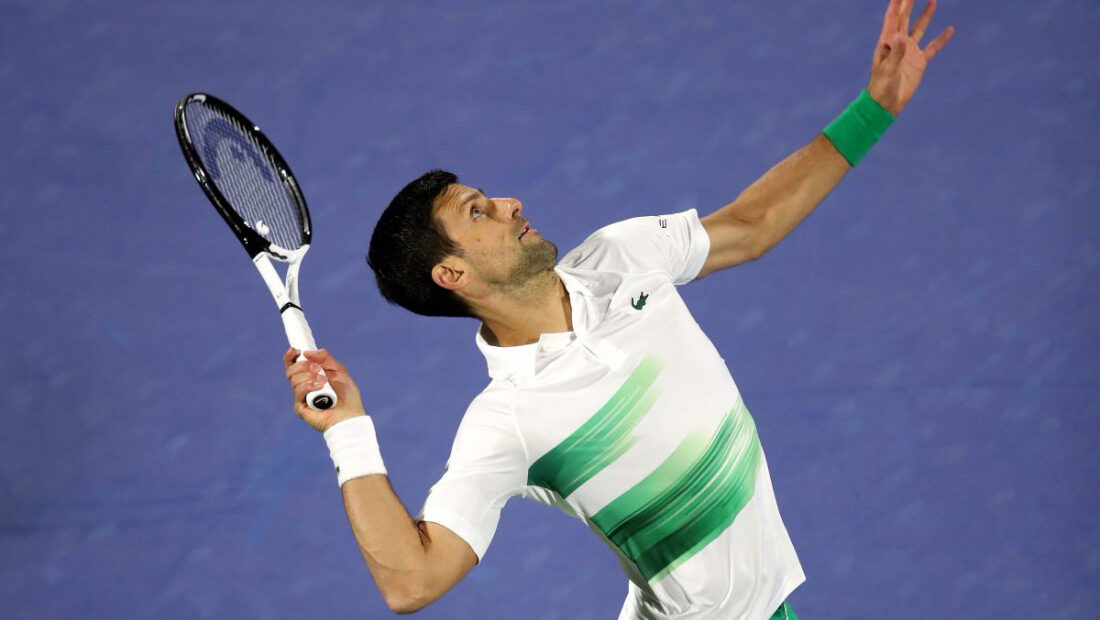 Nole withstood a challenging second round encounter against Karen Khachanov on Tuesday, staying on course for the sixth crown at the Aviation Club Tennis Centre.

World no.1 Novak Djokovic defeated 26th-ranked Karen Khachanov 6-3, 7-6 (2) on Tuesday evening at the Dubai Duty Free Tennis Championships in his second match of the season, to move into the quarter-finals at the ATP 500 event.

Novak brought his best game in the crucial moments of the match. He did not face a break point in the first set, and broke his rival once, in the fourth game.

The second set was way more competitive. The top-seeded Serbian star converted his break point chance in the third game, but Khachanov responded by breaking back in the eighth game to level at 4-all. The five-time former champion was confident and dominant in a tie-break. He won it 7-2, extending his W/L record in Dubai to 43-6.

“I was feeling excited and motivated,” Djokovic said. “But also at the same time I was feeling stressed. Particularly at the moments when I was facing break points. I am glad that I managed to stay focused after I lost two consecutive games. I knew that I would have a chance in the tie-break, balls were a bit fluffy, which suited me. The atmosphere in the stadium was terrific. Full stands, it was phenomenal. This is what we play for. I missed it [playing competitively]. This is my life. Tennis is my love. I enjoying bringing positive energy and memories for people who watch.”

Next up for the 20-time Grand Slam titlist is a qualifier, Jiri Vesely. The Czech upset no.8 seed Roberto Bautista Agut (ESP), recording a straight-sets victory, 6-2, 6-4.

The quarter-final match is scheduled on Wednesday at 19:00 local time/16:00 CET.