Nole into his seventh US Open final! 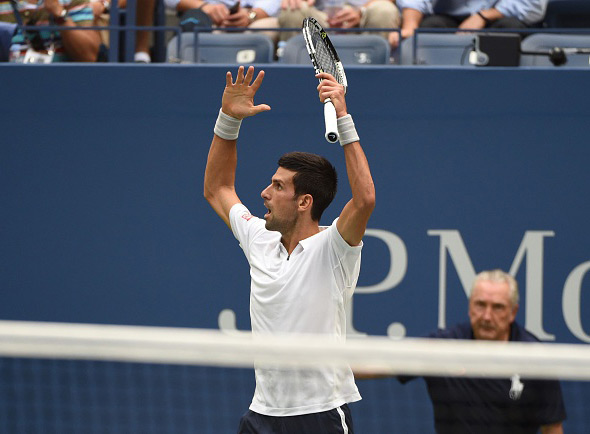 Novak is through to his seventh final in New York!

Defending champion Novak Djokovic continued his pursuit of a 13th Grand Slam title, third at Flushing Meadows, when he beat Gael Monfils 6-3, 6-2, 3-6, 6-2 in two hours and 32 minutes on Friday under tough conditions on Arthur Ashe Stadium.

With the win, Nole extended his dominance over the Frenchman. The Serbian now leads their ATP Head2Head series 13-0.

On one of the hottest and most humid days of the US Open so far, Novak started strong, mounting a 5-0 lead in just 16 minutes. Monfils closed to 3-5 and was two points from getting back on serve when the top seed held to claim the first set.

Djokovic broke twice in the second set and was up a break in the third, but the Paris native responded with two breaks and served it out.

In the fourth set, Novak and Gael had exchanged breaks before the world no.1 converted two more chances to book place in his 21st major final (12-8 record).

“The conditions were different from most of the days during the tournament but it was the same for both players. We expected it, heard it would be warm and humid,” said Novak in post-match on-court interview. “At times in the tense moments we had exchanges from the baseline. Gael had a great tournament, he is one of the best athletes on tour, very entertaining to watch. I hope you all enjoyed our battle today.”