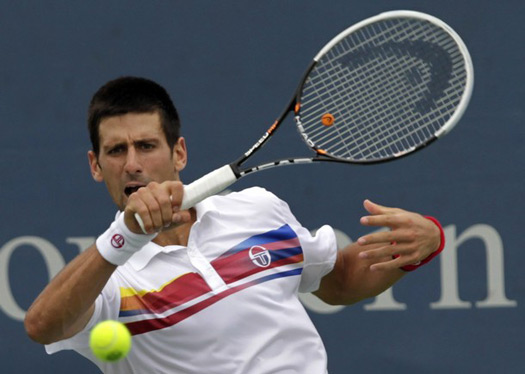 As the world no.1, Novak is top-seeded at the US Open for the first time, followed by the defending champion Rafael Nadal and five-time winner Roger Federer.

The main singles draw has been made on Thursday afternoon local time. Nole will open campaign at his seventh US Open against a qualifier Conor Niland from Ireland, world number 199.

If the last year’s finalist (lost to Nadal 4-6, 7-5, 4-6, 2-6) successfully passes first step towards the trophy, he will face the winner of the match between Spaniard Pere Riba and Argentine Carlos Berlocq.

The world‘s best player might play against Nikolay Davydenko (RUS) or Ivan Dodig (CRO, 32) in the third round.