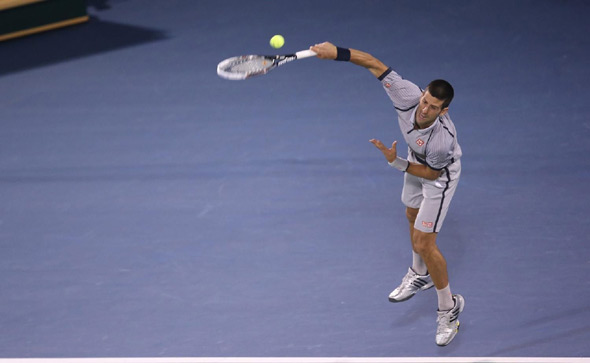 The three-time former champion made a triple break in the opening set for 6-1 in just 22 minutes.

Bautista Agut provided more resistance in second set. He got broken in the second game, but managed to break back when Novak was serving for the match at 5-3, and saved four match points in the tenth game before holding for 5-5. The set went into a tie-breaker, Nole sealed it 7-4.

“I think I played really, really well and at a high level throughout most of the match,” said Djokovic. “And then I had another poor game like yesterday towards the end, when I needed to close it out with a few match points. At 5-4 he served well, he fought his way through, and I have to give him credit for that. He’s a great competitor. I never played against him, so I didn’t know really what to expect. But generally I’m feeling quite confident on the court, which is a good thing.”

Nole won 79 per cent of points behind his first serve and converted four of 10 break point opportunities to wrap up his 10th victory of the season and book a place in the last eight of the ATP World Tour 500 event.